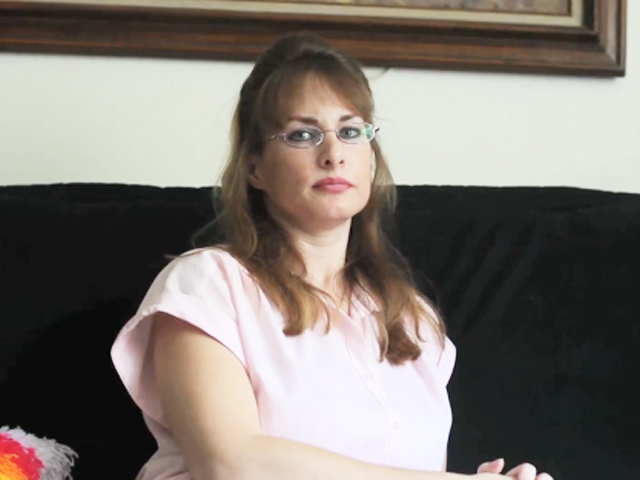 The tragic story of Gretchen Molannen's suicide shows how debilitating a sexual disorder can be for sufferers.

Molannen, 39, was found dead of suicide in her home Dec. 1, the Tampa Bay Times reported. She had suffered from the rare sexual disorder called persistent genital arousal disorder (PGAD), a condition characterized by spontaneous, unwanted genital sensation and arousal in the absence of sexual stimulation or emotion; the sensations can be unrelenting to sufferers, according to the Journal of Sexual Medicine.

The paper had done a feature on Molannen's struggles that was filmed and published prior to her death.

While some may joke about the idea of persistent orgasms -- according to the Times, one of her doctors even said "I wish my wife had that," -- the disease essentially destroyed her life, resulting in several suicide attempts before her eventual death.

"I know that God wants more out of my life than having me testing out suicide methods, constantly crying and abusing myself," she had told the paper.

When she finally got the courage to see a doctor after months of suffering, she was told to take a milk bath or use ice packs, none of which helped. She couldn't hold down a job and was broke, forcing her to apply for disability and relay her struggles in court to a judge.

She had a boyfriend who helped her with her finances, but physical intimacy would lead to significant pain.

"The arousal won't let up. It will not subside. It will not relent. One O-R-G will lead you directly into the horrible intense urge, like you're already next to having another one. So you just have to keep going. I mean, on my worst night I had 50 in a row. I can't even stop to get a drink of water. And you're in so much pain. You're soaking in sweat. Every inch of your body hurts," is how she described her condition weeks after the Aug. 15 hearing.

Her claim was eventually rejected.

With PGAD, arousal can last for hours, days or even longer, despite attempts to relieve it with sexual activity or orgasm. Medications like antidepressants, anticonvulsants, pain blockers -- even botox injections -- are sometimes prescribed but generally have temporary effects if any at all, according to one expert. Sometimes medications make the problem even worse.

"Think of what it would be like to be like continuously on the verge of sneezing, say, or with a full bladder and nothing to do about it," Dr. Barry Komisaruk, a professor of psychology at Rutgers University who is renowned sexual medicine researcher, told CBSNews.com "The women are really tormented by it."

The cause of PGAD is thought to be unknown, with some theorizing psychological, vascular or neurological issues at play.

Komisaruk began researching the disorder after a doctor called him and said his wife was suffering from PGAD. The woman had also been diagnosed with a Tarlov cyst, a rare cyst on the sacral portion at the bottom of the spine. With so little research on the condition -- which was only first characterized in 2001, he said - Komisaruk sought out a support group of women with PGAD. After obtaining MRIs from 18 women in the support group, he saw 12 of them had Tarlov cysts, whereas in the general population, they're only found in 1.2 to 9 percent of people. Some women who did not have cysts appeared to have vertebrae pressing against nerves on the spinal cord, which may have contributed to their condition.

He published his findings in a May issue of the Journal of Sexual Medicine.

He concedes more research is needed since the study only found a link, not a cause, but he's hopeful it could lead to a better understanding of the disease.

Komisaruk says one of the problems with PGAD is a lack of knowledge. Many doctors don't know about it and it's not even recognized by the medical community as an official condition. Therefore any procedures that may potentially reduce the problems are not covered by insurance because there's no code for PGAD. What's more, it's unknown how many women have the condition since many choose not to talk about it out of embarrassment.

"If there was more general knowledge about it, I think more women would discuss it with their doctor," he hopes.

Before the story's launch, Molannen emailed the Tampa Bay Times thanking them for their interest in doing the story.

"I am flattered that you cared so much to want to help. I just hope this will educate people that this is serious and really exists, and that other women who are suffering in silence will now have the courage to talk to a doctor about it," she wrote.

The Tampa Bay Times has more on the story in this video:

5 things to know now that Roe v. Wade has been overturned
Ryan Jaslow