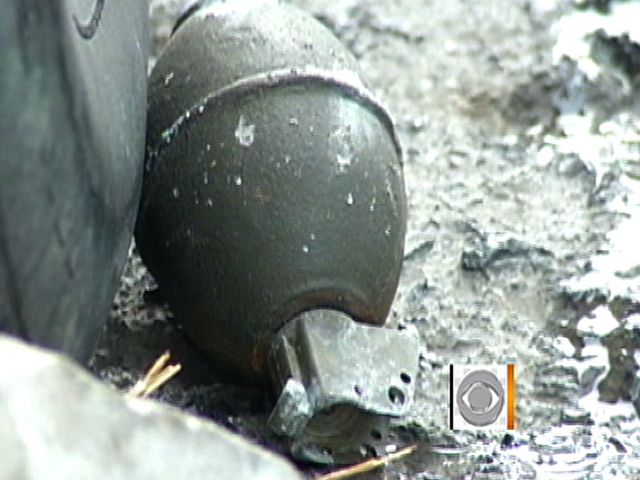 There's a new twist in the government's "gunwalking" scandal involving an even more dangerous weapon: grenades.

CBS News investigative correspondent Sharyl Attkisson, who has reported on this story from the beginning, said on "The Early Show" that the investigation into the Bureau of Alcohol, Tobacco, Firearms and Explosives (ATF)'s so-called "Fast and Furious" operation branches out to a case involving grenades. Sources tell her a suspect was left to traffic and manufacture them for Mexican drug cartels.

Police say Jean Baptiste Kingery, a U.S. citizen, was a veritable grenade machine. He's accused of smuggling parts for as many as 2,000 grenades into Mexico for killer drug cartels -- sometimes under the direct watch of U.S. law enforcement.

For more on this investigation, visit CBS Investigates.

Law enforcement sources say Kingery could have been prosecuted in the U.S. twice for violating export control laws, but that, each time, prosecutors in Arizona refused to make a case.

Grenades are weapons-of-choice for the cartels. An attack on Aug. 25 in a Monterrey, Mexico casino killed 53 people.

Sources tell CBS News that, in January 2010, ATF had Kingery under surveillance after he bought about 50 grenade bodies and headed to Mexico. But they say prosecutors wouldn't agree to make a case. So, as ATF agents looked on, Kingery and the grenade parts crossed the border -- and simply disappeared.

Six months later, Kingery allegedly got caught leaving the U.S. for Mexico with 114 disassembled grenades in a tire. One ATF agent told investigators he literally begged prosecutors to keep Kingery in custody this time, fearing he was supplying narco-terrorists, but was again ordered to let Kingery go.

The prosecutors -- already the target of controversy for overseeing "Fast and Furious," wouldn't comment on the grenades case. U.S. Attorney Dennis Burke recently resigned and his assistant, Emory Hurley, has been transferred. Sources say Hurley is the one who let Kingery go, saying grenade parts are "novelty items" and the case "lacked jury appeal."

Attkisson added on "The Early Show" that, in August, Mexican authorities raided Kingery's stash house and factory, finding materials for 1,000 grenades. He was charged with trafficking and allegedly admitted not only to making grenades, but also to teaching cartels how to make them, as well as helping cartel members convert semi-automatic rifles to fully-automatic. As one source put it: There's no telling how much damage Kingery did in the year-and-a-half since he was first let go. The Justice Department inspector general is now investigating this, along with "Fast and Furious."