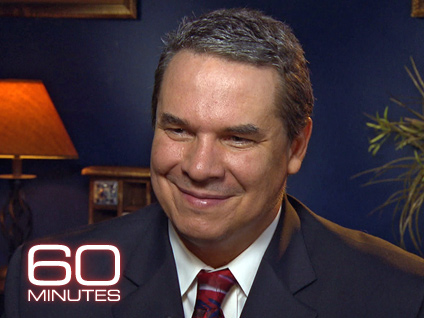 Greg Mortenson's bestseller "Three Cups of Tea" is being reviewed by the publisher following a "60 Minutes" report in which the author and humanitarian is accused of fabricating stories in the memoir and using his charitable institute to promote his books.

Viking, the publisher of the memoir, said on Monday that it will review the book and its contents with Mortenson, the New York Times reported.

"Greg Mortenson's work as a humanitarian in Afghanistan and Pakistan has provided tens of thousands of children with an education," Carolyn Coleburn, a spokeswoman for the publisher, said in a statement. "'60 Minutes' is a serious news organization and in the wake of their report, Viking plans to carefully review the materials with the author."

At the heart of Mortenson's "Three Cups of Tea" is the story of a failed attempt in 1993 to climb the world's second-highest peak, K2. On the way down, Mortenson says, he got lost and stumbled, alone and exhausted, into a remote mountain village in Pakistan named Korphe. According to the book's narrative, the villagers cared for him and he promised to return to build a school there.

In a remote village in Pakistan, "60 Minutes" found Mortenson's porters on that failed expedition. They say Mortenson didn't get lost and stumble into Korphe on his way down from K2 and that he visited the village nearly a year later.

However, Mortenson defended his version, telling "60 Minutes" on Sunday in a statement that he first visited Korphe in 1993, and went back each of the following three years. He went on to suggest that the discrepancy could be because the "Balti people have a completely different notion about time."

"The concept of past and future is rarely of concern," he said. "Often tenses are left out of discussion, although everyone knows what is implied."

Still, Mortenson, in an interview with The Bozeman Daily Chronicle, seemed to admit that he took some liberties with the Korphe account.

"The time about our final days on K2 and ongoing journey to Korphe village and Skardu is a compressed version of events that took place in the fall of 1993," he said.

The "60 Minutes" investigation also revealed that Mortenson's charity, Central Asia Institute, has spent more money in the U.S. talking about education in Pakistan and Afghanistan than actually building and supporting schools there, according to an analysis of the organization's last financial report.

A charity watchdog group expressed disappointment about that and said that donors were being misled.

On Friday, Mortenson defended his charity: "I stand by the information conveyed in my book and by the value of CAI's work in empowering local communities to build and operate schools that have educated more than 60,000 students."

On Saturday, CAI's board of directors told 60 Minutes that it had used some of its $1.5 million advertising budget to promote Mortenson's books.

"Greg's books and speaking engagements educate the public about our mission, and result in significant contributions to the organization," the CAI said in a statement.

In "Three Cups of Tea," Mortenson also writes of being kidnapped in the Waziristan region of Pakistan in 1996. In his second book, "Stones into Schools," Mortenson publishes a photograph of his alleged captors.

But "60 Minutes" located four of the men who were there when the photo was taken, two of whom were actually in the picture. All of them denied that they were Taliban and denied that they had kidnapped Mortenson.

Mortenson later stood by his account in a statement to "60 Minutes."

"Yes, I was detained in Wazaristan for eight days in 1996. It was against my will, and my passports and money were taken from me," he said.

Pentagon officials, who have worked closely with Mortenson, declined to comment to the New York Times about the accusations.

"We continue to believe in the logic of what Greg is trying to accomplish in Afghanistan and Pakistan because we know the powerful effects that education can have on eroding the root causes of extremism," one military official, who asked not to be named, told the Times.

Still, many remained skeptical of Mortensen following the "60 Minutes" piece.

Media mogul Saad Mohseni, who runs Afghanistan's top television and radio outlets, told The Daily Beast that he was saddened by the report.

"If the allegations are true, then it is a tremendous blow to humanitarian and education related nongovernment work in Afghanistan and Pakistan, as many in the West will shy away from helping similar projects in the future," Mohseni said.

On Saturday evening, April 16, the Central Asia Institute's board of directors sent a statement to "60 Minutes," responding to questions we had asked them. Click here to read the statement (.pdf file).