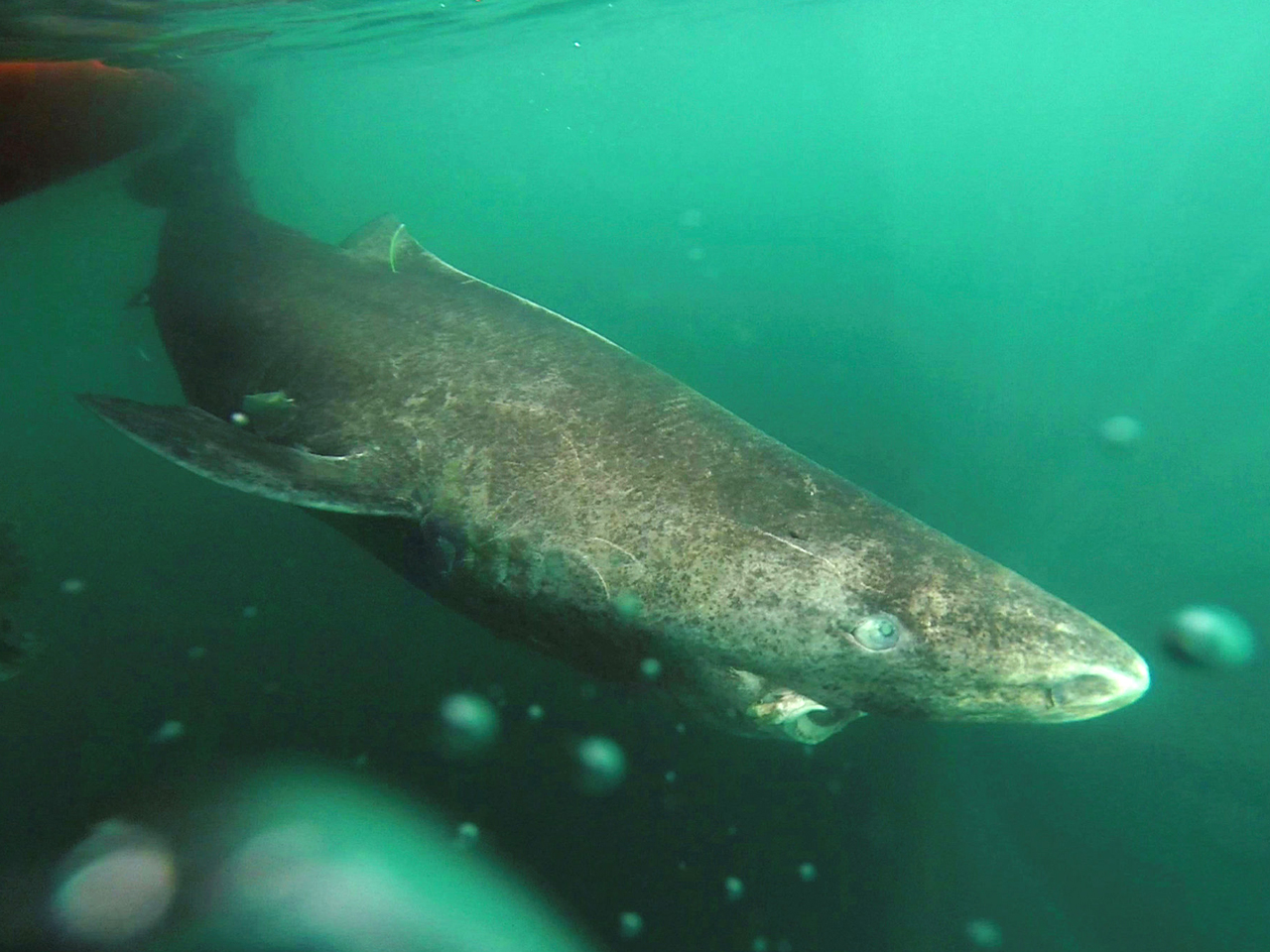 LONDON -- Spare a thought for a shark that had to wait 150 years to have sex. Now, imagine that she hit that milestone about the time of the American Revolutionary War -- and she was still swimming around a couple years ago.

With a natural growth rate of less than half an inch per year, scientists always knew Greenland sharks were ancient, but as CBS News correspondent Charlie D'Agata reports, by studying some that got caught up in fishing nets, they've been granted a closer look.

They've been prowling the depths for centuries, looking more like half-blind, weather beaten rocks than killers of the deep.

In the ice-cold waters of the Arctic and North Atlantic, they generally prey on smaller fish, but researchers say they'll gobble up just about anything that might slide off the ice, including reindeer and polar bears.

Scientists say they've now been able to determine the ages of the sharks by looking deep into their eyes; the lenses are made up of proteins that build up over time. Using radiocarbon dating they were able to estimate the age of the proteins in the center of the lens -- the oldest part.

They estimated the largest shark was most likely 392 years old -- give or take 120 years. That's before George Washington was but a twinkle in his father's eye.

In fact, it was around the same time that Galileo himself started staring up at the stars.

Sure, Ming the clam lived to 507 before scientists killed it, and then found out just how old it was. But clams have no backbones, so they can't rob the Greenland shark of the almost certain title of oldest-living vertebrates.

Jonathon the Galapagos turtle is a mere whippersnapper at 183.

Understanding the Greenland shark's secret to a long life might help with our own longevity, says CBS News' in-house doctor, David Agus.

"We all want to live to 100 or maybe even longer, but the key is we want to live quality years," says Agus. "Well, these sharks are still functioning into their hundreds and attacking their prey, eating it and living. To them, it's a normal life. So we have to learn from that and if we can learn from these outliers hopefully each of us can live better."

So clearly the science doesn't just stop here -- and the ancient shark's birthday has some doubters.

Some skeptics in the scientific community agree the methodology used to peer into the Greenland shark's eyeball is sound, but caution there are variables that could be providing misleading radiocarbon dating figures.

Jobless Americans on why they're unemployed
View CBS News In
CBS News App Open
Chrome Safari Continue
Be the first to know
Get browser notifications for breaking news, live events, and exclusive reporting.