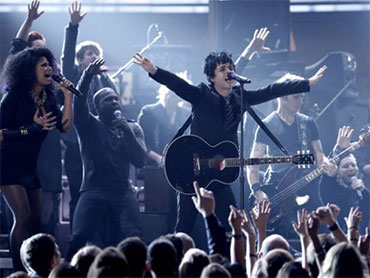 Gang Green and Green Day are ready to play together.

The New York Jets said Friday the band will play during the team's regular-season opener Sept. 13. The Jets face the Baltimore Ravens in the Monday night game at New Meadowlands Stadium.

Green Day will perform "Last of the American Girls" with the Broadway cast of the Tony Award-winning rock musical "American Idiot." The halftime show will finish with fireworks.