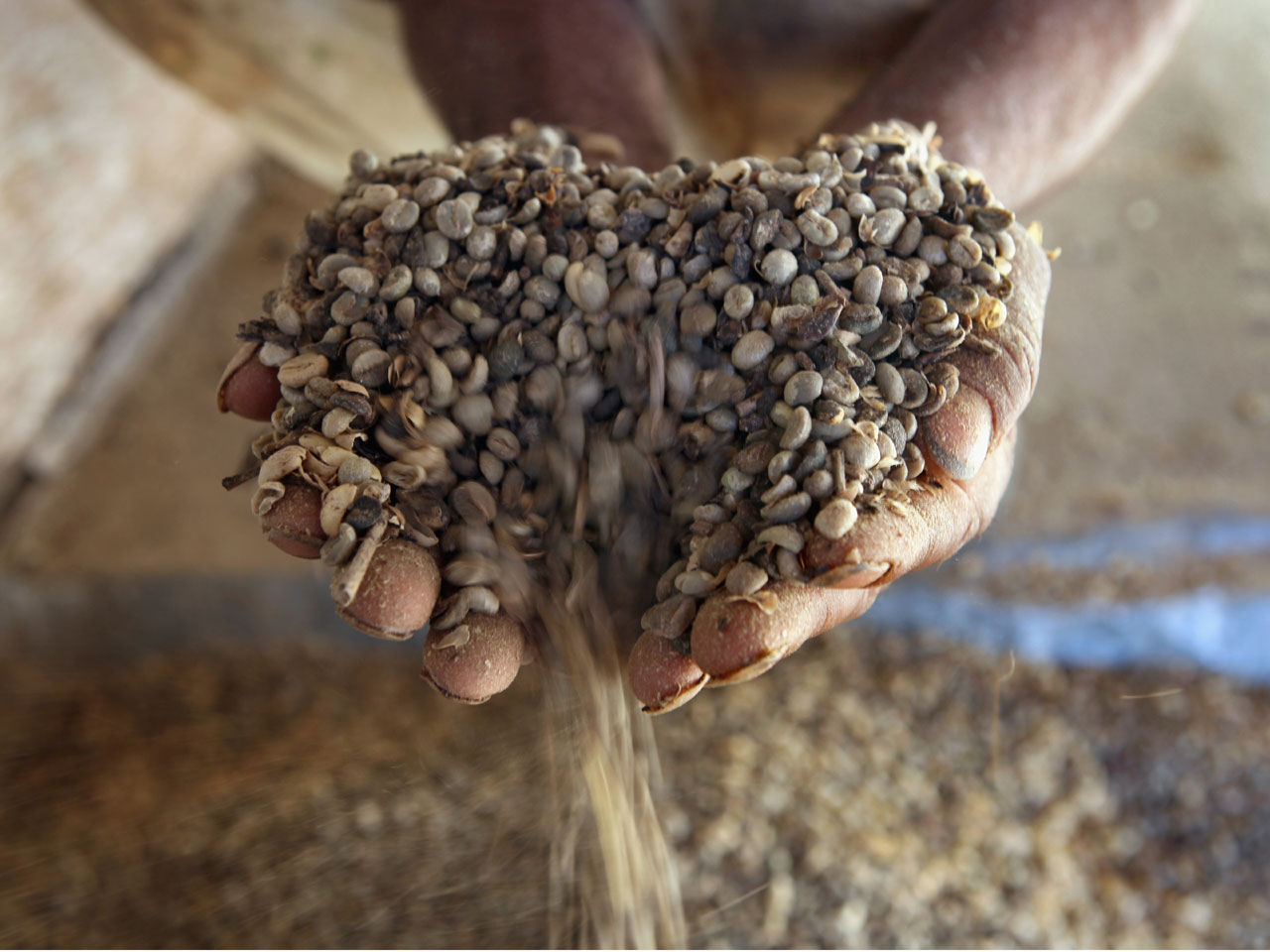 (CBS News) - Could  the secret to weight loss be found in coffee? According to a new study, people who took a daily dose of green coffee - which is unroasted coffee beans - lost about 10 percent of their body weight.

The study, which gave participants a supplement containing green coffee extract, was presented at the American Chemical Society (ACS) in San Diego and published earlier this year in Diabetes Metabolic Syndrome and Obesity.

PICTURES: Coffee and your health

The new study involved 16 overweight people (with Body Mass Indexes between 25 to 30) between the ages of 22 to 46 years old. They were monitored for 22 weeks, in which they were given a low dose 700 mg green coffee extract tablet, a high dose 1,050 mg extract tablet and a placebo. Because they were given all the different doses and the inactive placebo, the participants acted as their own control group.

Participants were told to take three green coffee capsules each day, 30 minutes before each meal with lots of water, due to the pill's bitterness. Roasting coffee makes beans less bitter, according to the researchers. The pill contained caffeine, but it amounted to about half a cup of coffee a day.

All the participants were monitored for their overall diet and exercise. Throughout the study, participants ate on average 2,400 calories a day and had a calorie expenditure of 400 calories, nowhere near the levels required for weight loss.

What effects did green coffee have?

After the study, participants lost an average of 17 pounds, which broke down to a 10.5 percent decrease in overall body weight and a 16 percent decrease in body fat. Lead researcher Dr. Joe Vinson, a professor of chemistry at the University of Scranton in Pa., said in an emailed press release that the weight loss may have been more, but since the subjects received a lower dose and placebo at some point in the study it may have lessened the overall effect.  The study was funded by Applied Food Sciences, which makes green coffee supplements.

Vinson told HealthPop that the most exciting fact about this study was that the green coffee extract GCA did not have any side effects. Unlike other weight loss pills that have been pulled off the market by the FDA over health concerns or cause unpleasurable side effects like gastrointestinal problems, green coffee had no related problems, he said. "I've been taking some myself to see if caused any problems," Vinson told HealthPop. "It's okay."

The study also reported a two beats-per-minute reduction in heart rate among participants. Vinson told HealthPop while he doesn't recommend people who have high blood pressure forgo prescribed medicine for green coffee, it may help.

What explains the mysterious effect? Vinson believes that a substance called chlorogenic acid that goes away when coffee beans are roasted may be the reason for the weight loss. Unfortunately, that means your daily cup of coffee won't give you the same effect.

Dr. Lona Sandon, assistant professor of clinical nutrition at the University of Texas Southwestern in Dallas cautioned to HealthDay that people should not draw conclusions from the research.

"First of all, you need more than 16 people to have any statistical significance attached to these findings and we really have no idea how this might be working," Sandon said.

She also warned about the dangers of supplements in general, which are not regulated the same way as drugs when it comes to safety testing.

Said Sandon, "While people might have this perception that it's all natural since it's coming from a coffee bean, with supplements in general it's still a buyer-beware market."