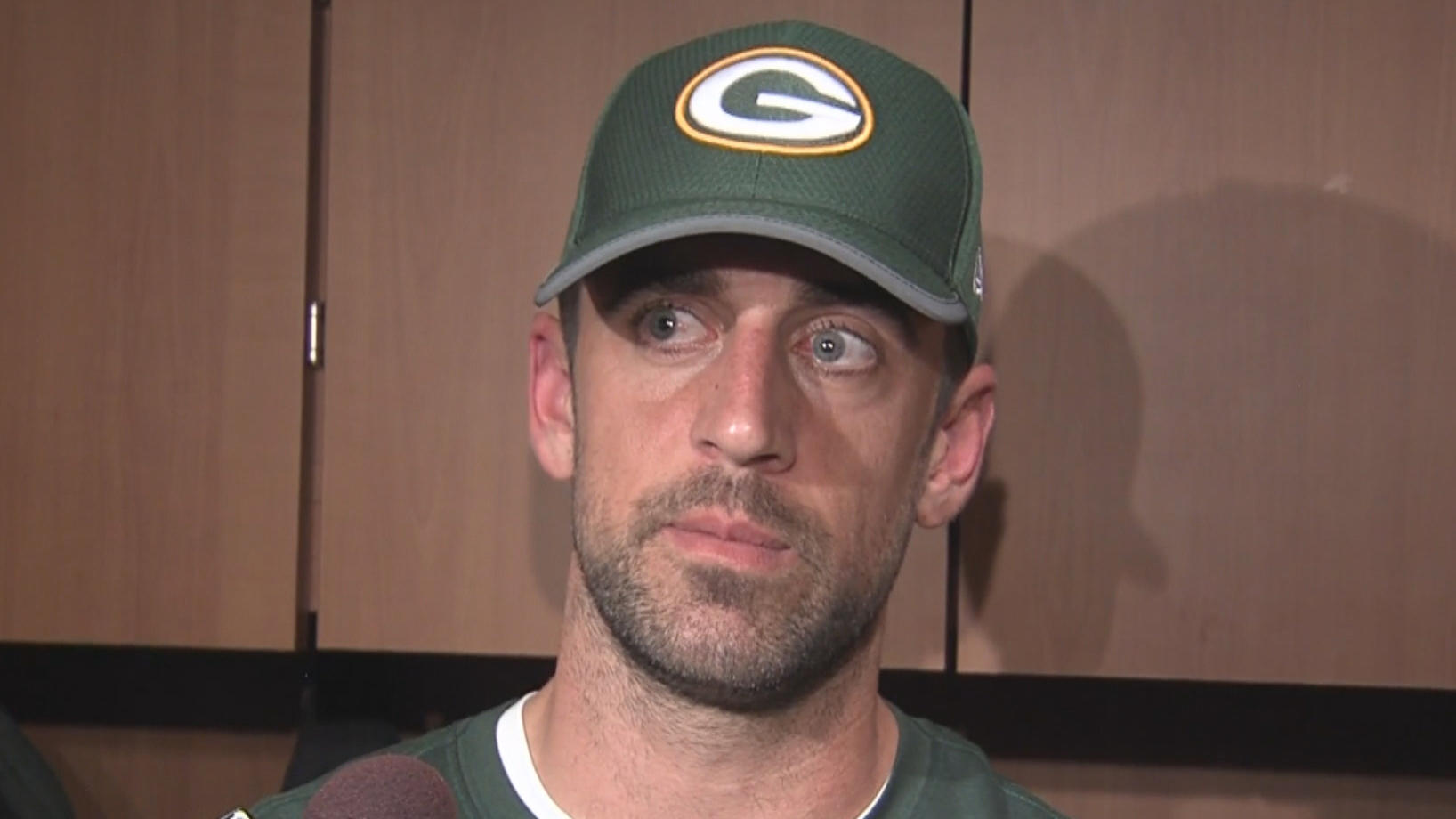 GREEN BAY, Wis. --  Leading up to their "Thursday Night Football" game against the Chicago Bears, Green Bay Packers players said they would link arms in unity during the national anthem, just as they did at Sunday's game. And superstar quarterback Aaron Rodgers was hoping fans would do the same.

"This is about equality. This is about unity … and starting a conversation around something that maybe a little uncomfortable for some people," Rodgers said.

Packers fan Meghan Kempen isn't a fan of the protests.

"Kneeling isn't doing anything, is just stirring the pot essentially. If you are going to kneel you need to take a stand, maybe go out and do something," she said.

Many in the crowd  at Lambeau Field chanted "USA, USA" as the anthem was about to begin, reports CBS Chicago.

When it did, most stood with their hands on their hearts, their hats off, and a few linked arms -- but many didn't, reports CBS Wausau, Wisconsin affiliate WSAW-TV.

The Packers stood arm-in-arm, as did many of the Bears players.

In the stadium concourse, people stood as well, cheering when the anthem ended and the game was to begin.

Most fans WSAW spoke with weren't as passionate about the anthem controversy as many of those arguing about it on social media.

This week, many NFL players and some owners took a knee, bowed their heads and joined arms in solidarity during the national anthem after President Trump said NFL players who do not stand for the anthem should be fired.

On Thursday, he ripped NFL owners. "I think they're afraid of their players, you want to know the truth, and I think it's disgraceful," Mr. Trump said. "You have to have people stand with respect."

Some high school athletes have also taken a knee, like some soccer players at Maine's Traip Academy.

At Parkway High School in Bossier City, Louisiana, the principal has written a letter requiring student athletes to stand, saying "continued failure to comply will result in removal from the team."

Chuck Supple was to be in Green Bay rooting for the Bears. The national anthem was to be shown in its entirety, live.

"I am going to lock arms with everybody around me, I will be standing up, I will be taking my hat hat off and singing the national anthem like I usually do," he said.

The Denver Broncos released a statement Thursday saying they, too, plan to stand in unity, this coming Sunday.