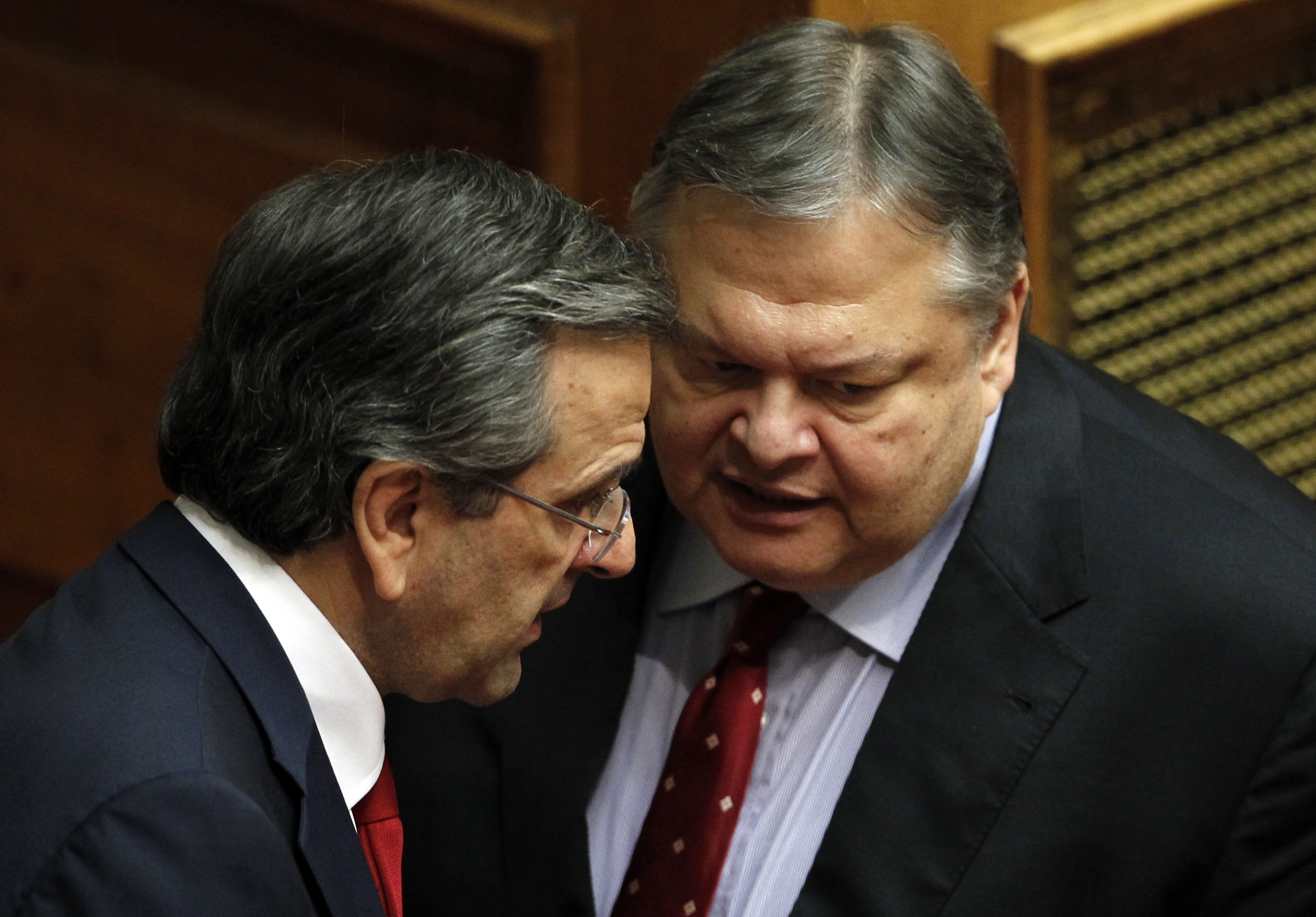 (AP) ATHENS, Greece - Greece's new three-party coalition government won a vote of confidence in parliament early Monday, ending a period of uncertainty that led to two elections in less than two months, though the country has a long way to go to emerge from a deep recession and pay down its huge debt.

There were no surprises in the vote. All 179 deputies of the three parties supporting the government — conservative New Democracy, the socialist PASOK and the moderate leftist Democratic Left — voted in favor. Voting against were the 121 deputies of the Radical Left Coalition (Syriza), the nationalist right Independent Greeks, the extreme right Golden Dawn and the Communist Party.

In his concluding speech just before the vote, Prime Minister Antonis Samaras said that, despite their diverse political backgrounds, the three coalition partners have a unity of purpose — to keep the country in the Eurozone and out of its deepest and longest recession, now in its fifth year.

In the third quarter, the country's GDP had its sharpest drop yet, declining 9.1 percent compared to the same period in 2011. Greece's battered economy is forecast to shrink 6.7 percent for the whole year, far above earlier official forecasts of a 4.5 percent shrinkage.

"Us three, we have admitted our past mistakes and we are now embarked in a common cause," Samaras said, addressing the opposition. "You keep clinging to your own dogmas and the same old populist logic. ... Unfortunately, (our opponents) don't seem to have matured. Fortunately, we don't take them seriously," he said.

Samaras attacked Syriza, accusing them of trying to undermine any attempts at reform because they want to lead Greece out of the euro. He specifically accused Syriza leader Alexis Tsipras for warning prospective investors, politicians and civil servants that agreeing to and implementing privatizations might lead to investors losing their money and civil servants and politicians to jail.

"You are trying to intimidate us into doing nothing...you play the same game as those who want to push Greece out of the euro," Samaras said. "Look, Mr. Tsipras. You better drop your threats."

The coalition partners have vowed to try to convince Greece's lenders — the European Commission, the European Central Bank and the International Monetary Fund — to extend by up to three years the period of "fiscal adjustment" Greece must undergo to start producing budget surpluses and to ease the terms of the bailout deals. But they know this will be no easy task.

"Extending the period of fiscal adjustment means we will need extra money from our creditors," acknowledged socialist leader and former finance minister Evangelos Venizelos in his speech to Parliament on Sunday night, hours before the vote.

Finance Minister Yannis Stournaras warned Parliament that Greece has received so much money and at such favorable terms that it cannot afford to make any unilateral changes to the bailout deals, but needs the consent of its creditors.

"The eurozone and the international community have provided Greece, in loans and grants, with a total of euro500 billion ($614 billion), more than 250 percent of our GDP," Stournaras said Sunday. "The loans are provided with an interest of 3.5 percent and a very long repayment period. ... Without that money, our standard of living would regress back to that in 1960."

Stournaras met Sunday with representatives of Greece's creditors who warned him, according to a finance ministry source, that he won't have an easy time in Monday's Eurogroup — the meeting of the Eurozone finance ministers.

However, he appeared upbeat after the confidence vote, telling The Associated Press that "with such a vote of confidence, I simply have a greater ability to speak up at the Eurogroup,"

Greece's lenders have noted, however, that several programs and actions have fallen behind schedule.

The two consecutive elections, on May 6 and June 17, are largely to blame for this inaction. Until the government picks up the pace, Stournaras and his advisers fear that lenders could balk at providing more bailout funds.

On August 20, Greece must find euro3.26 billion ($4 billion) to repay a maturing bond, money that the country does not have now and that the lenders must provide if Greece is to avoid defaulting on this payment. The country is also hard pressed to find money to pay civil servants' salaries and pensions. In the negotiation process, the lenders are holding the lifeline