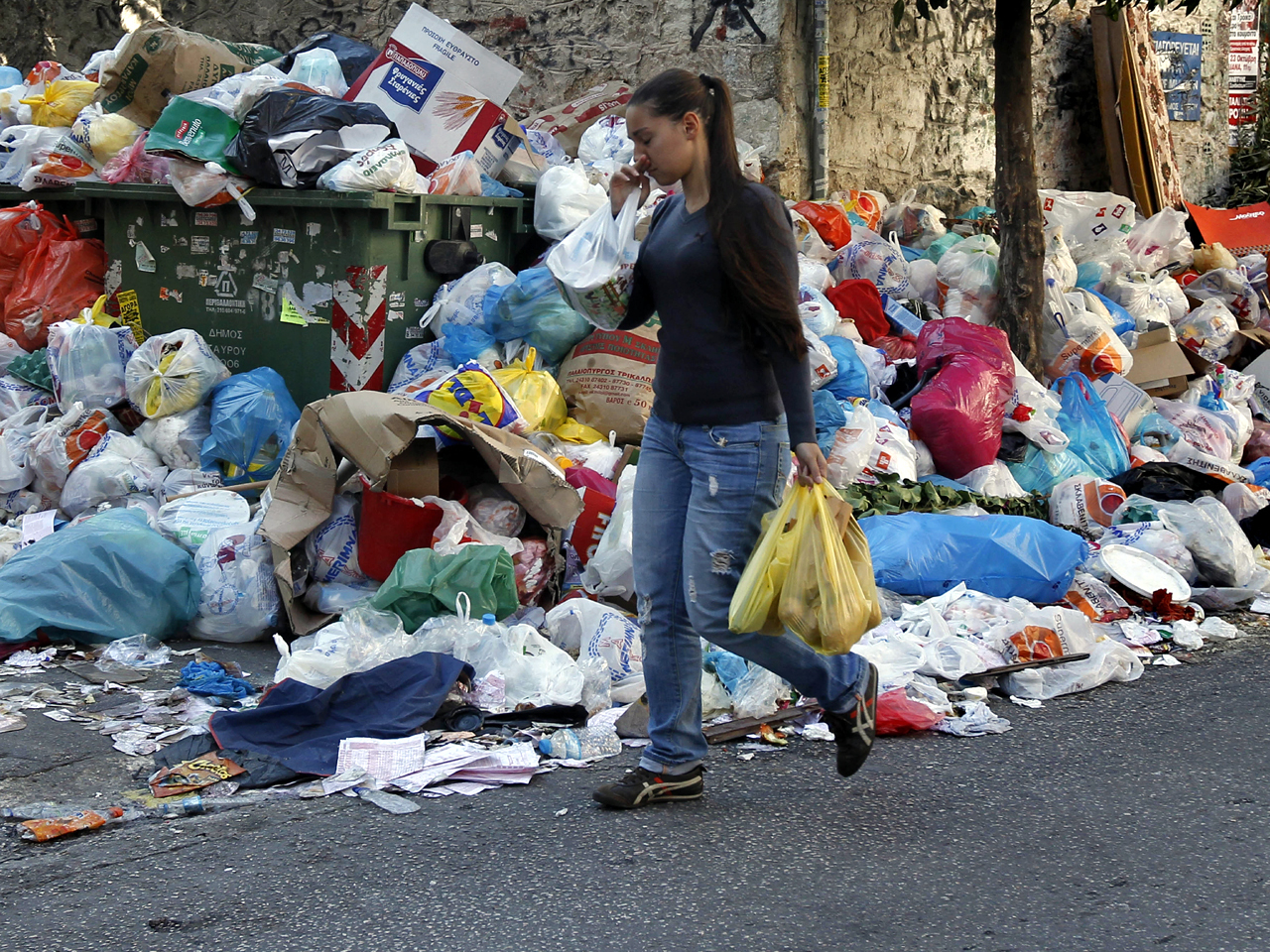 ATHENS, Greece - Protesters gathered by the tens of thousands outside the Greek parliament Thursday, ahead of a vote on intensely unpopular new measures needed to secure continued payment of international rescue loans that have so far prevented the country from sliding into bankruptcy.

On the second day of a general strike that's seen the country paralyzed, several separate demonstrations were converging on Syntagma Square in front of the assembly building, where more than 100,000 people gathered Wednesday to protest the draft legislation. Though largely peaceful, Wednesday's protest was marred by attacks on police and public property.

Police said at least 50,000 people had flooded the square and the crowd was continuously growing, but no violence has been recorded. Earlier, a communist party-backed union abandoned a bid to prevent lawmakers from entering parliament after riot police shut down main access roads.

The austerity bill won initial approval in a first vote Wednesday night, and deputies are now to vote on the details, which include the suspension on reduced pay of 30,000 public servants and the suspension of collective labor contracts.

Creditors have demanded the measures before they give Greece more funds from a euro110 billion ($152.11 billion) package of bailout loans from other eurozone countries and the International Monetary Fund. Greece says it will run out of money in mid-November without the next euro8 billion ($11 billion) installment.

The next installment has yet to be authorized and there's growing unease in the markets about whether a summit of eurozone leaders this Sunday in Brussels will yield a comprehensive solution to the continent's debt crisis, that's also seen Ireland and Portugal bailed out as well as Greece. Finance ministers from the 17 countries that use the euro will meet ahead of the summit on Friday.

The Greek government's latest round of austerity measures are expected to pass though deputies from the governing Socialist party have expressed outrage, with several indicating they could vote against some of the more contentious articles in the bill.

Dissent could further weaken Prime Minister George Papandreou's slim majority in Parliament, where he holds 154 of the legislature's 300 seats. That's down from a comfortable majority of 160 two years ago, as Papandreou has been forced to expel six lawmakers who refused to toe the party line in a string of crucial austerity votes.

Finance Minister Evangelos Venizelos issued an impassioned appeal to Socialist and opposition lawmakers alike Thursday, warning that failure to approve the measures would be disastrous.

"If the law is not approved, including every single article it contains — particularly those that (Greece's creditors) and eurozone members regard a symbolic and political necessity — there is no need for me even to go to the eurogroup meeting on Friday, or the Prime Minister to Sunday's summit," he said.

"The country will be exposed to the danger of a non-rational development, and will once again serve as the scapegoat on which Europe's historic, political and institutional shortcomings will be dumped," Venizelos said.

Unions seemed resigned to the law being passed, but warned that the whole country virulently opposed it.

"It looks as if (lawmakers) may be set to vote in favor of the new austerity law," said Ilias Iliopoulos, secretary general of the Adedy civil servants' union. "But they have no popular consent. Our European friends must know that our prime minister will go to the European summit naked, because the promises he will make have no backing in his country and cannot be enforced."

Thursday's protests come a day after a massive demonstration that the liberal Eleftherotypia newspaper described as an "address by the people." But the rally degenerated into violence, with several hundred black-clad demonstrators pelting riot police with chunks of marble, paint and gasoline bombs. Police responded with volleys of tear gas and stun grenades that reverberated across the Greek capital's main square.

The clashes continued sporadically into the night in the back streets near Syntagma, where protesters set fire to piles of garbage festering on the streets after a strike by municipal workers.

Authorities said 50 police and at least three protesters were injured in the clashes.

The second day of the general strike Thursday was disrupting public transport and left ships docked at port, schools and customs offices closed and state hospitals running on emergency staff. All public services were shut, while lawyers and prison guards were among those staying away from work.