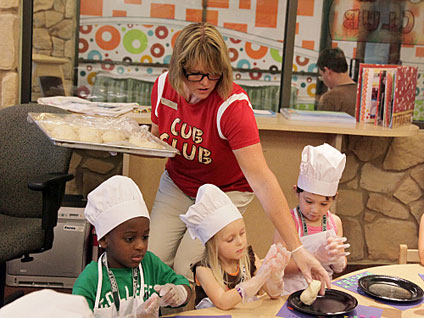 The company bills itself as the country's largest family of indoor water park resorts.

Kim Schaefer, the first female boss to be featured on the show, spent her time undercover working in several of the company's resorts, including as a waitress, a day care supervisor and an aquatics supervisor in one of their water parks.

Schaefer told the Daily News that she didn't find anything terribly wrong with her operations during her time undercover, just some things to tweak along the way - like the length of time it takes to check in and how hot it is for employees at the water park.

"My expectations were that I was going to come in as a CEO and look at it through the eyes of the CEO," she says. "It ended up being about the people, and me as a working mom."

She also added that as the boss, she wanted to fix the problems that she noticed. But as an employee, she could only observe.

"The biggest challenge was keeping quiet," she says. "Definitely in the middle of a shift, or at the end of the shift, I wanted to do more with the information I had."

Her attempt to go incognito didn't get past one employee. Schaefer added that one staffer did spot her, according to the report, but that employee wasn't part of the group the CEO was working with while the show was filming, so viewers didn't see the encounter.