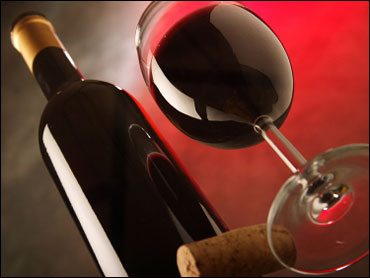 And that's good to know since, odds are, you'll be attending a few parties this holiday season, and wine often seems like a good gift to bring along. And price is particularly important at holiday time if you're planning to buy several bottles.

There are a lot of affordable wines out there that taste just as good as the pricey stuff, says Food and Wine magazine Wine Editor Ray Isle.

To prove it, he gave the anchors of "The Early Show Saturday Edition" a blind taste test.

Isle says it used to be that inexpensive wine tasted ... well, inexpensive! But in the past few years, local wine shops are featuring wines that taste amazing, but are easy on your wallet, too.

The taste test pitted vintages going for nearly $100 in some cases against less expensive counterparts selling for as little as $10.

Foxglove Chardonnay 2008 Edna Valley: $15.00
This is a fantastic, richly flavorful and inexpensive Chardonnay made by a company, Varner Wines, which mostly specializes in high-end, single-vineyard bottlings.

2006 Chateau Rauzan-Segla $74
This powerful Bordeaux is built to last for years. It comes from one of the 14 "second-growth" Bordeaux Chateaux--the next tier down from the super-expensive 'first growths.'

2007 Twenty Bench Napa Cabernet -- $16
Twenty Bench is a remarkably good Cabernet for a weirdly low price. It's lightly spicy and full of rich black currant fruit, and 2007 also happens to be a stellar vintage for the Napa Valley.

Tete de cuvee champagne vs inexpensive sparkling wine: Champagne is incredibly popular this time of year. But if you're looking for something inexpensive, but still bubbly and delicious Ray suggests a cava as a good alternative.

Billecart Salmon Brut Blanc de Blancs $80
Billecart Salmon is one of the great names in Champagne, making refined, elegant wines like this one; it's entirely made from Chardonnay (which is what "blanc de blancs" means).

Segura Viudas Aria $12
From Spain's Cava region, this sparkling wine is made in exactly the same way as Champagne, but with local Spanish grapes. Remember, bubbly can only be called champagne if it is made in the Champagne region of France, but that doesn't mean other winemakers aren't using the champagne method. This cava is toasty and fragrant, and on a par with good Champagne for a lot less money.