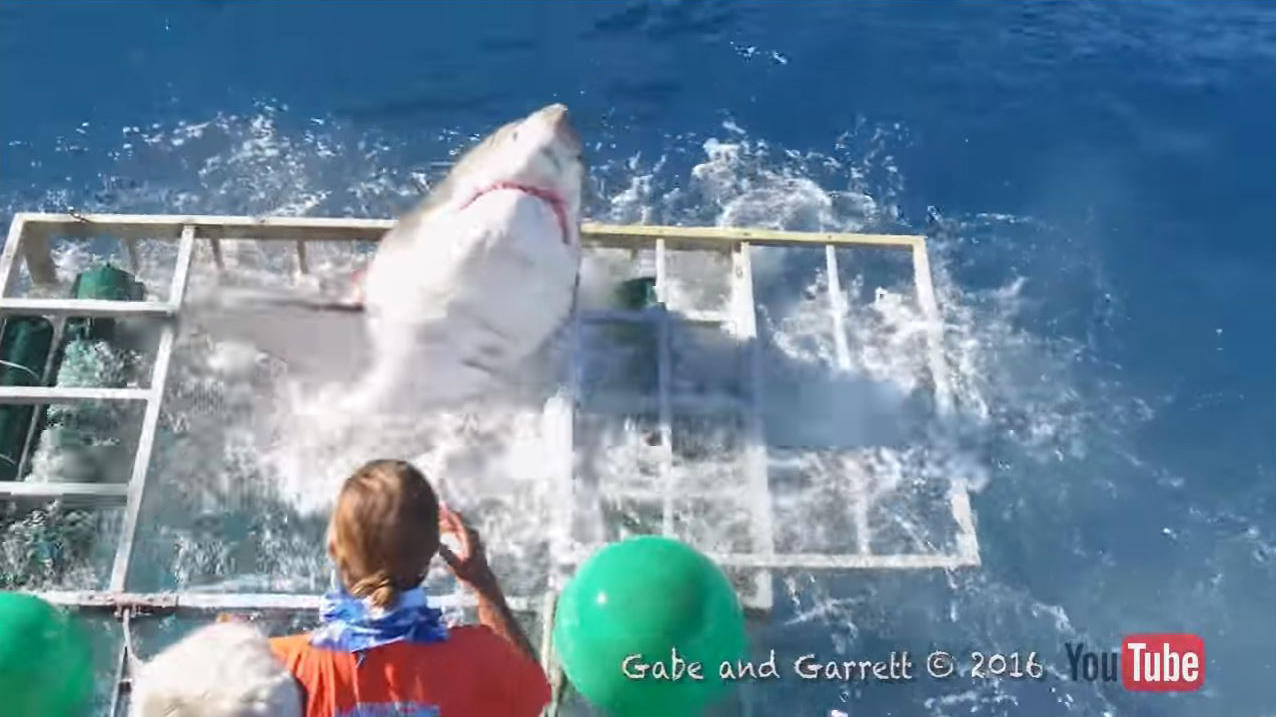 A video showing a scuba diver’s hair-raising encounter with a great white shark off a Mexican island is going viral.

The shark breached an underwater diving cage near Guadalupe Island off Mexico’s west coast, according to a father who runs the YouTube channel Gabe and Garrett. The channel usually features videos about the man’s two boys, but the children didn’t accompany their father on his diving trip.

The video, which was posted to YouTube on Thursday, starts with the shark leaping out of the water to eat some tuna tied to a rope.

“So this shark lunged at the bait, accidentally hit the side of the cage, was most likely confused and not able to swim backwards, it thrust forward and broke the metal rail of the cage,” the dad wrote.

The diver went outside the bottom of the cage, the father wrote, and then emerged through the top after the shark freed itself.

“I’m still alive,” the diver is heard saying on the video.

As of Friday morning, the video had been viewed more than 563,000 times.