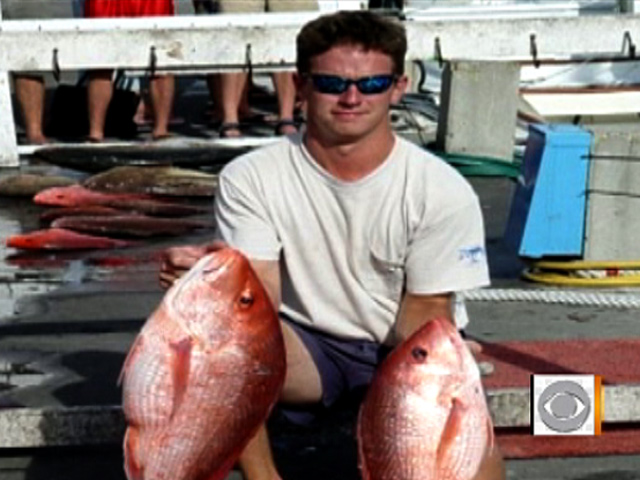 CANBERRA, Australia -- The sudden death of an American diver in the jaws of a great white shark off Australia's southwest coast Saturday has raised the specter of a rogue man-eater preying on a renowned aquatic playground and killing three men in two months.

Australia's southwest corner has been better-known for whale and dolphin-watching cruises, white sandy beaches, world-class surf breaks and the peppery shiraz of its Margaret River premium wineries than for fatal shark attacks.

"This is a unique set of circumstances, and I'm desperately ... praying this is not the beginning of a new trend ... and (that) we're (not) going to have these on a regular basis," Western Australia state Fisheries Minister Norman Moore said Sunday, referring to the three recent deadly attacks.

In the latest, American George Thomas Wainwright, 32, who grew up in Panama City, Fla., was attacked while diving solo off a boat near Rottnest Island, a few miles from the city of Perth, in Western Australia state.

As a child, family members said Wainwright was always on the water pursuing his loves: boating, fishing and diving.

In Panama City, he was only 17 or 18 years old when he became among the youngest residents to get his captain's license, his younger sister Wanda Brannon, 30, told The Associated Press on Sunday. He later ran a charter boat business.

"His love and passion was being on the water," she said.

Wainwright, who went by the name Thomas, also helped with the oil spill cleanup and even appeared in a BP video, after an oil rig explosion in the Gulf of Mexico last year, she said.

He moved to Australia six months ago, taking a job as a project manager with a marine company. Brannon said her brother loved Australia's beautiful landscapes and relished his new adventures there. He had recently emailed family members about returning to Florida for a Christmas visit.

"He just loved it over there," she says. "He said it was just amazing, it was just beautiful -- the nature, the water, the fishing, the people -- he said everything was just fantastic."

"He was just an amazing individual with a love and a passion for the outdoors and for his family," Brannon said through tears.

Another sister, Brenda Wainwright, says, "I think it was just wrong place, wrong time, because he was very wise. I would trust him with anything to do with being on the water. I always had complete confidence in his skills."

The Western Australia state government set tuna-baited hooks off the island Sunday, the first time authorities have used an emergency legal exemption from the state protection of great whites as an endangered species in the interests of protecting the public.

But Barry Bruce, a federal government marine biologist with extensive research experience in tracking the movements of tagged great whites via satellite and in examining their behavior, said it was unlikely that a single, lurking predator killed the three recent victims.

"What we've seen tragically is three cases of people by sheer bad luck being in the wrong place at the wrong time," he said.

"If you're in the path of a white shark that is in the process of hunting its natural prey, that's an exceptionally dangerous situation to find yourself in," he added.

He said the great white population was not growing but shifting around the world for reasons that scientists do not fully understand.

Great whites are known to follow whale migration up the west Australian coast through the current spring and return south late in the summer.

Bruce dismissed theories of a single man-eater as unfounded speculation.

"A more plausible explanation is that this is the time of year when sharks move along the coast, and there are undoubtedly multiple sharks out there following this exact pattern," Bruce said.

Barbara Weuringer, a University of Western Australia marine zoologist and shark researcher, agreed. She urged against a shark hunt, saying there was no way of telling which shark was the killer without killing it and opening its stomach.

"It sounds a little bit like taking revenge, and we're talking about an endangered species," Weuringer said.

But a southwest coast-based diving tourism operator called on the state government to kill sharks that pose a threat to humans.

"The nuisance sharks — the problem sharks that move into an area and are aggressive — should be dispatched to remove the risk of future attack," Rockingham Wild Encounters director Terry Howson told the AP.

Howson has been campaigning for government action on sharks since one of his tour guides, Elyse Frankcom, was injured in a shark attack last year.

"It's absolutely hurting the tourist trade," he said. "Australia is getting a name for itself as being full of dangerous animals."

Wainwright's two companions said the diver was already dead when his body surfaced beside their boat moments after a flurry of bubbles had erupted on the gray ocean surface.

The shark, a 10-foot great white, surfaced and even nudged the dive boat as Wainwright's friends hauled in his remains and powered for shore, officials said.

A great white of the same size is believed to have taken a 64-year-old Australian swimmer off Perth city's premier Cottesloe Beach on Oct. 10. The beach is 11 miles east of Rottnest Island.

The man's remains were not found, but his shredded swimming trunks suggested the size and type of shark that took him.

Both attacks followed the Sept. 4 death of a bodyboarder attacked by a shark described as 15 feet long at a beach south of Perth. Witnesses were unsure of the type of shark.

The continent averages little more than one fatal attack a year along an expansive 22,000-mile coast. But it is a primary home of the fearsome great whites, a large species in which some animals can grow to 20 feet in length.

The film classic "Jaws" famously used a mechanical shark for close-up action, but live shark footage was filmed in Australia. One is a scene in which Richard Dreyfuss is in an underwater shark cage, and live sharks doubled for the movie killer in long-range shots as well.