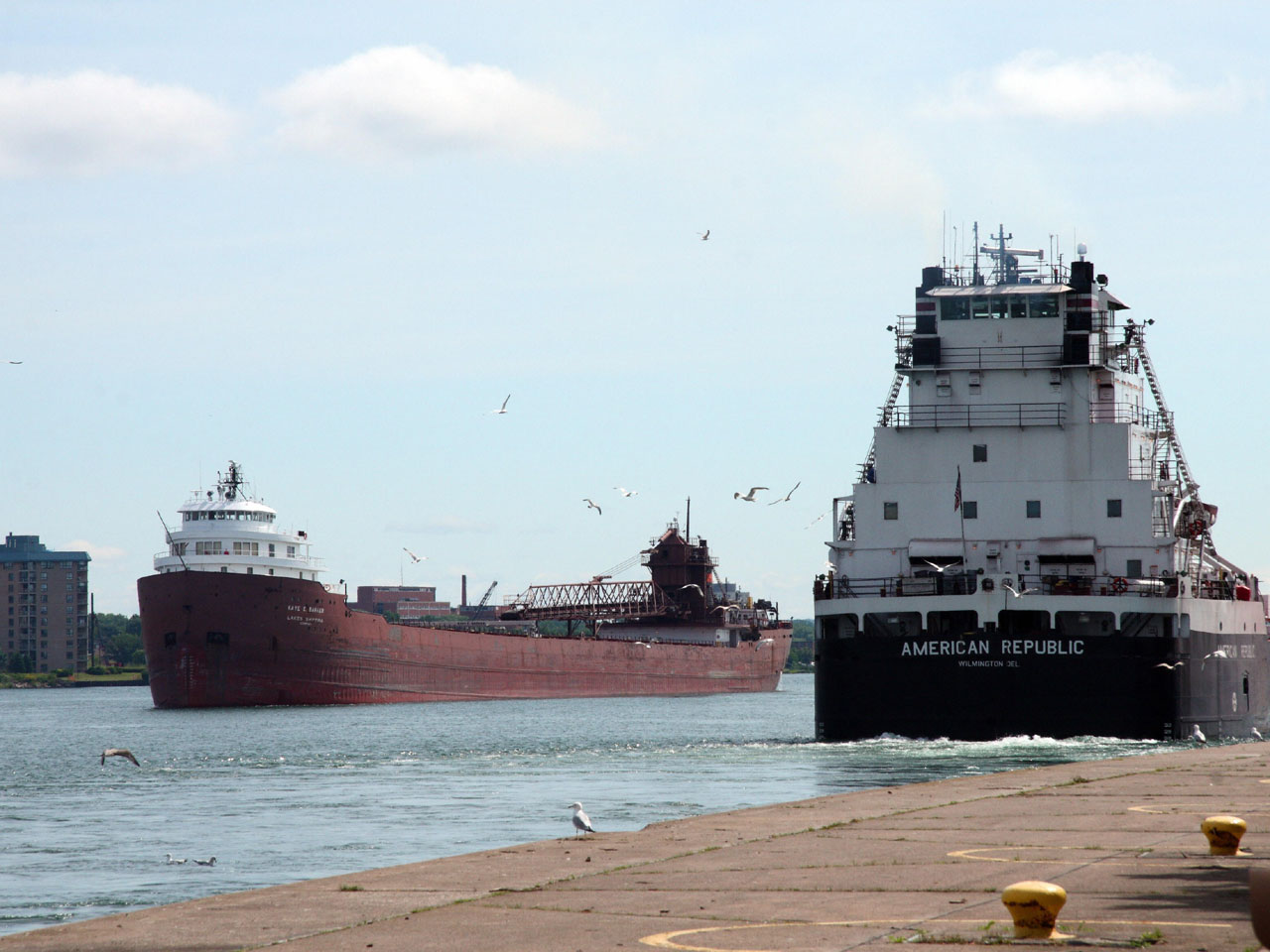 It may be hard to believe for most of the country still recovering from a long winter, but some parts of America didn't  get  enough snow. That, says the U.S. Army Corps of Enginners, is why the Great Lakes may be as much as a foot lower this year.

The Army Corps' latest forecasts put Lake Michigan and lake Huron as much as 12 inches below last summer's level of 569 feet - which itself was 10 feet below the historical average.

Lake Erie is forecasted to lose as much as six inches. Lake Superior could drop by eight inches. Both lakes remain below their historical averages as well.

Despite record snowfalls in southeast Michigan, and above-average snow in Illinois and other Great Lakes states, there was not enough snow where it mattered most: northern Michigan and Lake Superior, according to the forecast. The below-average snow cap over Lake Superior could lead to less water flowing into the lakes once the spring thaws finally come around.

"Water in that snow makes up most of the water supply for the upper Great Lakes," Keith Kompoltowicz, meteorologist for the Army Corps' Detroit office, told Ontario's Times Herald.

Kompoltowicz went on to say that heavy rain in the spring could make up for the lack of northern snow.

Glen Nekvasil, a spokesman for the Lake Carriers' Association in Cleveland, told the Times Herald how shallower waters could affect the lake shipping business.

"Our ships lose anywhere between 50 and 270 tons of cargo for each inch of draft," Nekvasil said, "In the worst cases, it is 15 to 16 percent of a ship's carrying capacity."

"When they're not carrying as much cargo, they're not making enough revenue." Nekvasil said.