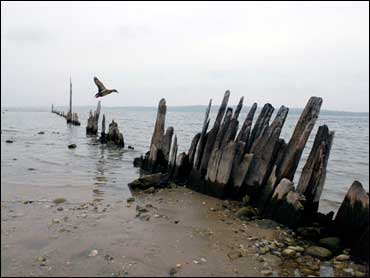 Cleanup of the most polluted sites in the Great Lakes is moving so slowly it will take 77 more years to finish the job at the existing pace, according to a federal report.

The U.S. Environmental Protection Agency still does not know the full extent of the problem even though the highly contaminated spots were identified two decades ago, said the report by the agency's inspector general.

"Without improved management, coordination and accountability, EPA will not succeed in achieving the results intended" for the recovery program, said the report, issued Monday.

Toxic sediment cleanup is among the goals of a $20 billion Great Lakes restoration plan developed by government agencies and nonprofit groups in 2005.

President Barack Obama has pledged $5 billion toward carrying out the plan and requested $475 million in his 2010 budget. Roughly one-fourth of that amount would be devoted to the cleanups.

The plan estimates the total cleanup price at $2.25 billion in federal money, with state and local governments kicking in an additional $1.2 billion.

The inspector general's report analyzes the government's handling of Great Lakes "areas of concern" - rivers, harbors and other locations where bottomlands are laced with toxic chemicals such as mercury, PCBs and heavy metal wastes.

Forty-three of the areas were identified in the late 1980s, including 26 within U.S. territory; 12 entirely within Canada; and five that straddle the border. Only two Canadian sites and one in the U.S. - the Oswego River in New York - have been fixed and dropped from the list.

The areas range from less than 1 square mile to hundreds of square miles. Because of their location near river mouths and harbors that flow into the Great Lakes, they are considered a leading source of pollution systemwide.

Between them, they have 68 sites believed to contain more than 76 million cubic yards of contaminated sediments, according to state officials. But the report says accurate estimates have not been developed for more than 30 percent of the cleanup sites.

The report says the program has had some successes, particularly since Congress enacted the Great Lakes Legacy Act in 2002 to provide a stable funding source. But it says the EPA has yet to establish a suitable framework for managing the cleanups, which often involve numerous offices responsible for carrying out laws.

"In the absence of coordinated planning, costs can escalate, resources are wasted, and risks to human health and the environment increase due to delays in site cleanups," it says.

Sen. Carl Levin, D-Mich., a longtime supporter of the cleanup initiative, said the EPA's performance had improved since the legacy act was approved.

"Before that, they only had funding for planning for sediment cleanup," Levin said Tuesday.

The report also shows the importance of accountability as Congress ramps up federal spending on the lakes, said Joel Brammeier, acting president of the Chicago-based Alliance for the Great Lakes.

"We've got to have mechanisms in place so that when we go back for more money, we'll be able to tell Congress what a great job we did spending the money they've already given us," Brammeier said.