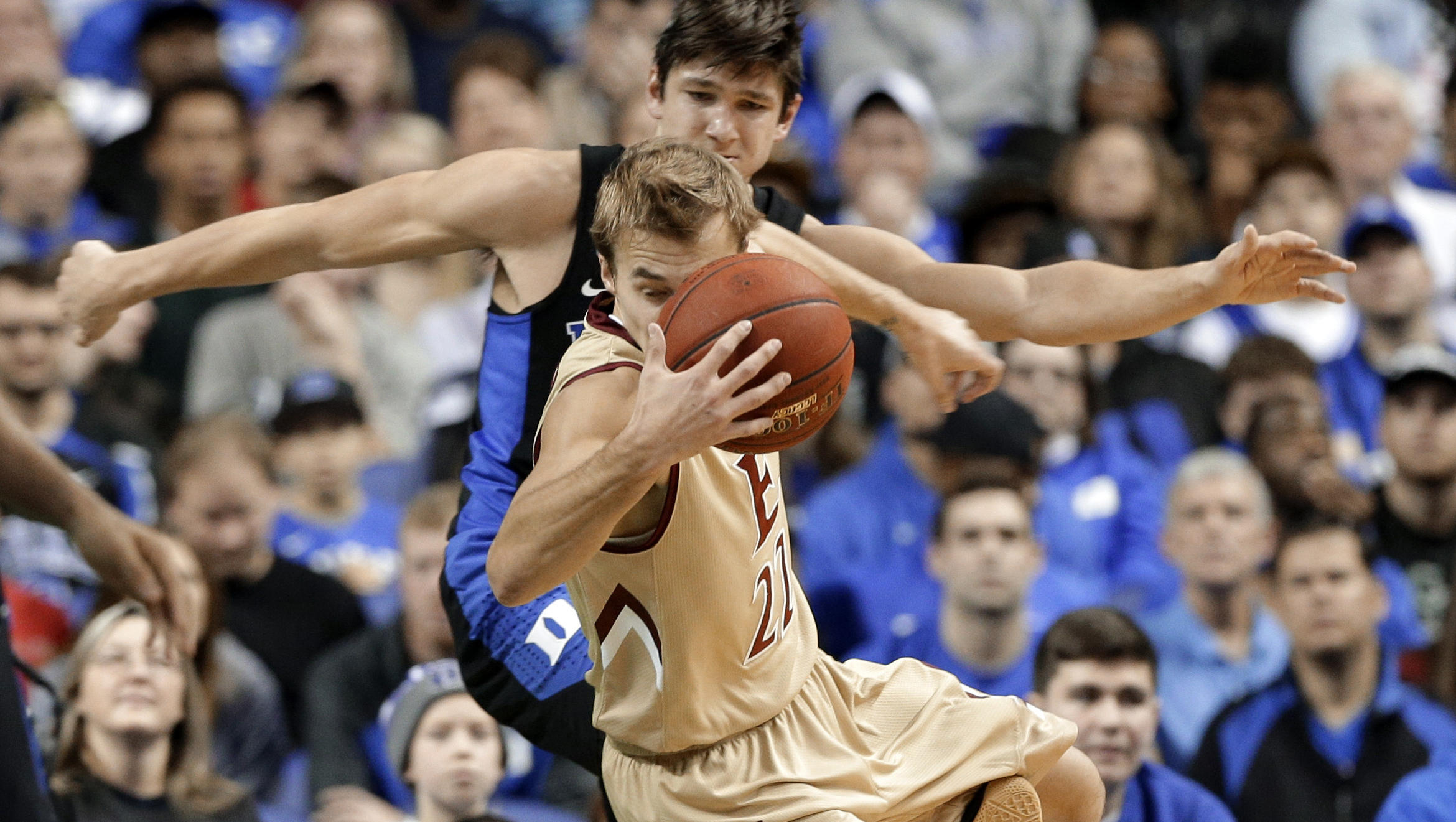 GREENSBORO, N.C. -- For the third time in a year, Duke’s Grayson Allen got caught tripping an opponent in a game.

If the Blue Devils guard is going to get more punishment from coach Mike Krzyzewski for it, don’t expect to hear the details.

Allen picked up a technical foul for tripping Elon’s Steven Santa Ana on a drive in the first half of a 72-61 win Wednesday night. That earned him a seat on the bench for the final 4:15 of the half and the start of the second half, though he returned to the game with about 16 minutes left.

Afterward, Allen met with Santa Ana and Elon coach Matt Matheny to apologize before hanging his head and fighting back tears while talking to reporters in the locker room.

“Just talking about what led up to it is just an excuse,” Allen said. “There’s no excuse for it.”

Krzyzewski called it “unacceptable,” though he wouldn’t publicly reveal any other measures or reprimands.

“I handle things the way I handle them,” Krzyzewski said. “I think I’ve handled this correctly and moving forward I will continue to handle it correctly, and I don’t need to satisfy what other people think I should do.

“I’m a teacher and a coach. And I’m responsible for that kid, so I know him better than anybody. So to think that it’s the last thing that’s said about this to him is wrong. Obviously, we will do more. It doesn’t mean you have to see it, or anybody else has to see it.”

CBSSports.com’s Matt Norlandersays Krzyzewski must ban Allen for the incident.

“The obvious: Allen is a repeat offender, and he needs to be sat for at least a game,” Norlander writes. “A multi-game suspension is entirely reasonable, though not if you’re talking to Krzyzewski.”

“I love Grayson, he’s my brother,” Jones said. “We’ve been to battle, we’ve won a (national) championship together. We won plenty of games together. So there’s nothing really you can say.

“I just gave him a really big hug, told him, ‘I love you.’ That’s all that was, and let the silence kind of fill the void. There’s nothing really you can say about it.”

On Feb. 9, Allen received a flagrant foul for extending his leg to trip Louisville’s Ray Spalding after he fell to the court and Spalding tried to go by him. Roughly two weeks later, Allen kicked up his left leg to trip Florida State’s Xavier Rathan-Mayes as Rathan-Mayes tried to run by from behind.

Allen wasn’t called for a foul there, but the Atlantic Coast Conference later reprimanded him.