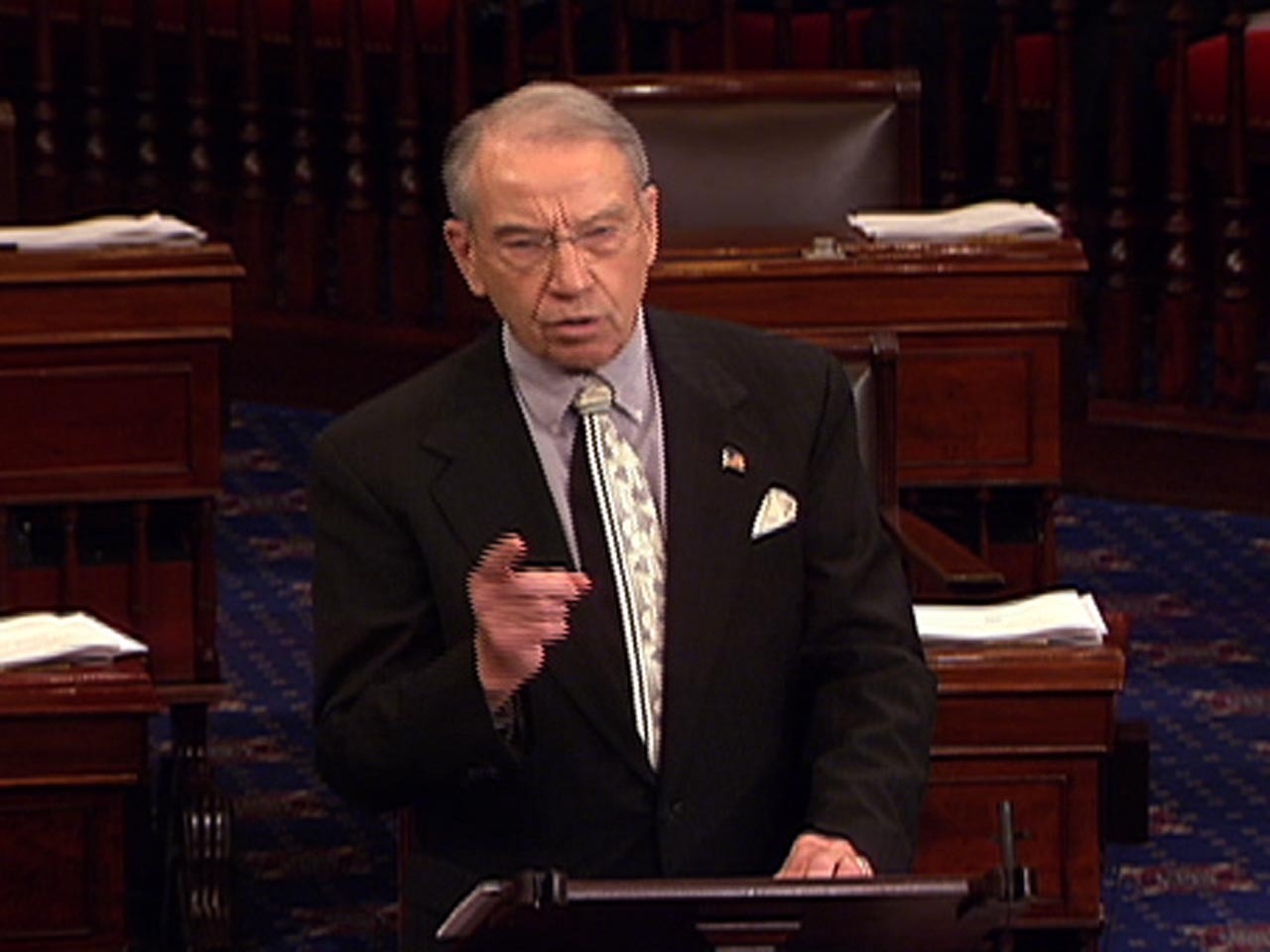 Sen. Chuck Grassley called on Lanny Breuer, a senior level official at the Justice Department, to step down on Wednesday, the most recent move by the Iowa Republican to "hold people accountable for gunwalking."

Breuer, head of the Criminal Division at the Justice Department, signed off on detailed wiretaps for "Fast and Furious," a revelation Grassley called "shocking."

Breuer's office also played a major role in drafting the initial letter of response to Congress on the gunwalker scandal last January.

Attorney General Eric Holder has since acknowledged that the response, which denied any gunwalking had occurred, contained "inaccurate information." Holder said his staff inadvertently relied on incorrect information provided to them and Breuer later admitted he does not remember if he reviewed the letter in question before it was sent to Congress.

On the Senate floor Wednesday, Grassley said of Breuer, "it is time for him to go."

"If you can't be straight with Congress, you don't need to be running the Criminal Division," the ranking Republican member of the Senate Judiciary Committee said.

"It's time to stop spinning and start taking responsibility."

A Justice Department spokesperson said Wednesday that Breuer did not participate in the letter drafting and does not recall reviewing it before the letter was sent, though also said he acknowledged mistakes.

"The Criminal Division, under Assistant Attorney General Breuer's leadership, has made critical progress in our fight against violent crime along the Southwest Border," the same spokesperson said.

Holder has been called to testify before a House committee on the gunwalker scandal on Thursday.