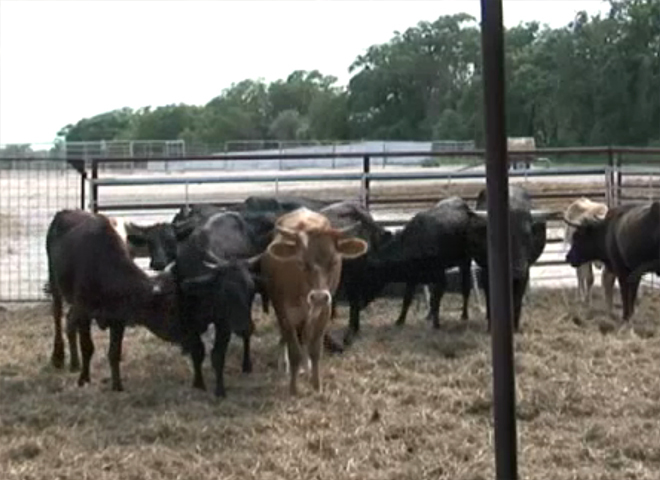 (CBS News) The recent deaths of 15 head of cattle in Bastrop County have been linked to the grass in the field where they were grazing, which tests indicated produced cyanide gas.

The findings were first reported by CBS Station KEYE in Austin.

Federal officials are investigating whether a random mutation of the grass variety was responsible.

However, it was incorrectly reported that the grass the cows ingested - a form of Bermuda grass known as Tifton 85 - was a genetically modified organism.

In fact, Tifton 85 is a hybrid, not a GM organism.

Hybrids are plants in which horticulturalists have crossed varieties of two or more plants in order to cultivate the most desirable characteristics of each, a process which has been used by farmers for centuries.

According to the Georgia Seed Development Commission, Tifton 85 is a Bermuda grass hybrid developed in the mid-1980s as a hay grass that could withstand cold temperatures.

It was a grass which Elgin, Texas rancher Jerry Abel has used for 15 years without incident, until several of his herd died.

An official at the Department of Agriculture told CBS News that there are currently no genetically modified grasses on the market or bring grown for public use or consumption.