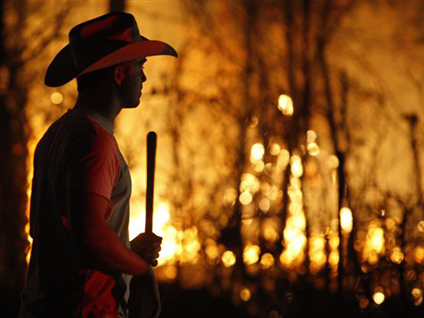 Firefighters are struggling to extinguish a number of wind-driven grass fires in the parched Southwest.

Authorities say grass fires have destroyed 39 homes in the Oklahoma City area and they are looking into reports that one may have been deliberately started.

He says investigators are looking into reports that someone burning trash may have unintentionally sparked the blaze in the Harrah area, and that another one farther to the south may have been set deliberately.

The wildfires forced the evacuation of many homes, two schools and a nursing home. One blaze also threatened a casino.

In Colorado, crews are gaining ground on a wildfire in the foothills west of Boulder. It's scorched at least 200 acres and prompted the evacuation of more than 200 homes.