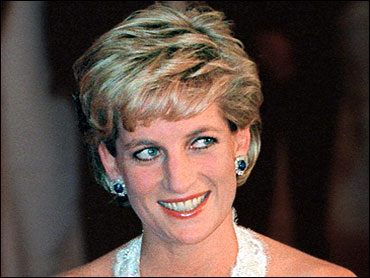 A British broadcaster on Monday defended a documentary featuring graphic images of the Paris car crash that killed Princess Diana, including one showing a French doctor giving her oxygen through a mask, after critics demanded the program not be aired.

The film, "Diana: The Witnesses in the Tunnel," includes explicit images of the interior of the car —Diana's body appears thrown in the footwell behind the driver's seat — and also has new interviews with photographers and other crash witnesses, the Observer reported.

Diana, her friend Dodi Fayed, and driver Henri Paul were killed when their Mercedes crashed in the Pont d'Alma tunnel in Paris on Aug. 31, 1997, while media pursued the couple. The documentary will broadcast previously unreleased images taken by French photographers immediately after the crash, newspapers reported.

The opposition Conservative Party has demanded Channel 4 cancel plans to air the program on June 6 because it may distress Diana's sons, Princes William and Harry.

Channel 4 said it had "carefully and sensitively selected" the images and that in a photo showing the car's occupants, the victims had been blacked out. It said that image had previously been published in the British press and that reports about the film's content were inaccurate.

"These photographs are an important and accurate eyewitness record of how events unfolded after the crash," Channel 4 said in a statement. "We acknowledge there is great public sensitivity surrounding pictures of the victims and these have not been included."

Channel 4 said the film was produced by its history department and there was "genuine public interest" in how the events leading to Diana's death had unfolded.

"This kind of coverage must be deeply distressing to Princes William and Harry," Swire said. "It is difficult to see who will be served from broadcasting such sensational and private material."

A French investigation ruled that Paul was drunk and lost control of the car while trying to evade photographers. The British investigation concluded that Diana was not pregnant or about to marry Fayed, and that the crash was caused by Paul, who was drunk and speeding.

A full jury inquest into the accident, which is held under British law when someone dies unexpectedly, violently or of unknown causes, is expected to start in October.