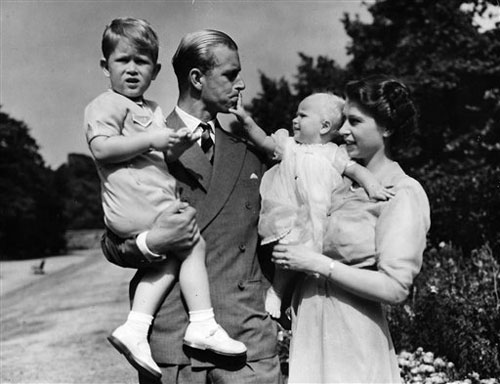 If Iowa seems an odd place to kick off the political season, New Hampshire may be even more so.

The state has an even smaller proportion of minority residents than Iowa, and a higher rural population. But, as Michael Barone, the media writer for US News and World Report, points out, it is not as culturally conservative as Iowa. "It's a pretty secular place," he says, "where people just want to make money."

Thus, for years, it's been a state driven by one issue: taxes. There's no income tax in New Hampshire, and the state legislature passed a statewide property tax last year only under duress.

That's why taxes have emerged as the arguing point between Texas Governor George W. Bush and Senator John McCain. In bickering over their tax plans, the GOP rivals know they're singing a song dear to the hearts of New Hampshire residents. Bush must have figured his $483 billion tax cut would go over like a pony on Christmas morning.

But the tax current has shifted somewhat. While New Hampshire Republicans cite taxes as their number one concern, 65 percent of them also say they want to save Social Security - good news for McCain. And taxes may seem less dramatic an issue after seven years of economic expansion, during which New Hampshire has blossomed into a high-technology center. It's possible that other considerations - personality or character, for instance, may play a role, as they apparently did in Iowa.

That could help former Sen. Bill Bradley, for many voters find Vice President Al Gore rehearsed. After riding a wave of gaudy poll numbers in New Hampshire last month, Bradley seems to have peaked, and he's now in a dead heat with Gore in New Hampshire (44 percent- 44 percent in a poll released Tuesday). Gore isn't taking a powder after his big win, and Bradley now has to redefine his campaign and become a little more, well, yes, aggressive (sorry, Senator) if he's to stop the Gore train from highballing through New Hampshire.

One bright spot for Bradley was that he - just barely - did better than Gore among Iowa voters who call themselves independent (41 percent-39 percent). Perhaps New Hampshire's independents, who outnumer registered Republicans and Democrats, will flock to the candidate who says he doesn't represent "entrenched power."

Is there an Iowa bounce for the front-runners, or for Steve Forbes and Alan Keyes, who racked up respectable numbers there? Michael Barone notes that Iowa has usually helped unknowns - "but who's unknown here? I'm sure doing better than expected in Iowa is a help, but the idea of an increase in New Hampshire from a small percentage to a large one is improbable."

Forbes' finish in Iowa might reassure New Hampshire voters looking to buc the Bush trend. Alan Keyes probably feels pretty game, although New Hampshire has fewer moral majority types than Iowa, and abortion, an issue that worked for Forbes and Keyes in Iowa, may not be so potent in the Granite State. Both candidates are probably itching to get at the state's storied independent voters.

Those independents are perhaps New Hampshire's most distinguishing feature. They outnumber registered Republicans or Democrats, and they can vote in any primary they choose. They can change their minds right up to the last second. They may account for the popularity McCain and Bradley have enjoyed in the state. It's possible they'll now drift away from Bradley, because he didn't win well enough, and head for McCain, who hasn't won anything. But from where we sit, independents are just as prone to vote for Gore or Bush, particularly after their Iowa successes.

The Iowa bounce is interesting, but even more significant is the New Hampshire bounce. For Democrats, that bounce is huge. There's not another Democratic primary or caucus until March 7. If Bradley doesn't win New Hampshire, he's a two-time loser, trailing Gore in every state. He can hit New York and California with the best will in the world, but he's a tough sell for voters with ample time to mull over the question of who can win in November.

Similarly, McCain probably needs to pull off a win if he's to threaten and not just compete. A good second isn't enough for a man who devoted all his energy to New Hampshire, and is enjoying an 11-point lead in the polls right now (McCain 39 percent, Bush 28 percent).

But even with a win, his future isn't secure. The Republicans have a thicket of primaries to hack through in the next few weeks, including South Carolina, Michigan, Virginia and Washington, and it's hard to campaign well in each state when your opponent has millions of dollars falling out of his pockets.

And if Bradley and McCain win in New Hampshire? Is the entire face of the campaign changed? Candidates have won there in the past and failed to garner their party's nomination: Buchanan in 1996, Tsongas in 1992. This year, as Barone observes, New Hampshire is already "way out of step with the rest of the country," where Gore and Bush enjoy comfortable poll leads. The state "may turn out to be a leader, or it may be the odd duck out."

It may seem unfair that so much political importance is concentrated in this quirky little state. But for some observers, the combination of history, unpredictability and drama in New Hampshire is irresistible, and this week promises to be one of the highlights of the campaign year.