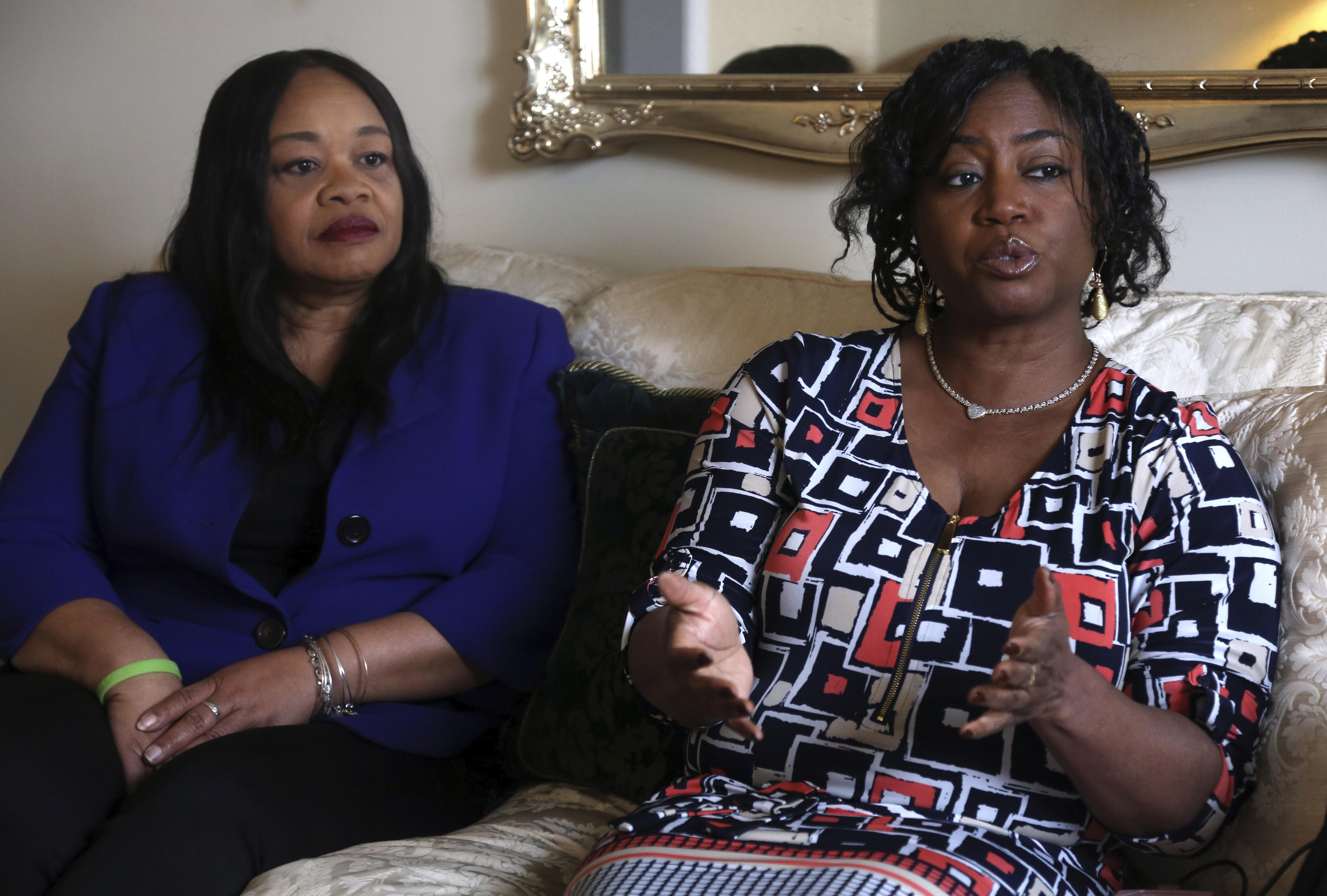 YORK, Pa. -- A man who called police on a group of black women golfers accused of playing too slowly at a Pennsylvania golf club denied to dispatchers that he was acting out of racism. Grandview Golf Club in York issued an apology following the April 21 incident. The women were club members and have described the experience, which began at the second hole, as demeaning and discriminatory.

In one of two recordings of 911 calls to police posted by the York Daily Record, the caller says the group was "holding everybody up" and one of the women accused the golf club of racism.

The caller told a dispatcher, "We have a tough situation here with a group of golfers that decides they don't want to abide by the rules."

Asked if the gofers had any weapons, Chronister said: "It's even worse than that, but anyway I can't ..."

He then said no weapons were involved "other than her mouth."

Normally clubs don't allow groups larger than four. Sandra Thompson previously told the York Daily Record she was the last member to arrive, and checked with a clerk to see if it was OK to join the four others, knowing a fifth member might be an issue. The clerk said it was fine, said Thompson, an attorney and president of the York branch of the NAACP.

The York Daily Record reports that Chronister told the 911 dispatcher that he knew Thompson.

But Thompson disputed that, the newspaper reported.

"He saw a group of black women and told them to get off the course," she said. "He racially profiled us. Would he have called the cops on a white group of golfers? Would he have done that to a white lawyer and judge candidate he knew? No."

No charges were filed, but the confrontation came amid two other similar incidents. A Starbucks employee called police on two black men in Philadelphia because they hadn't bought anything in the store. Police handcuffed and arrested them. And employees of an LA Fitness in New Jersey wrongly accused a black member and his guest of not paying to work out and called police.