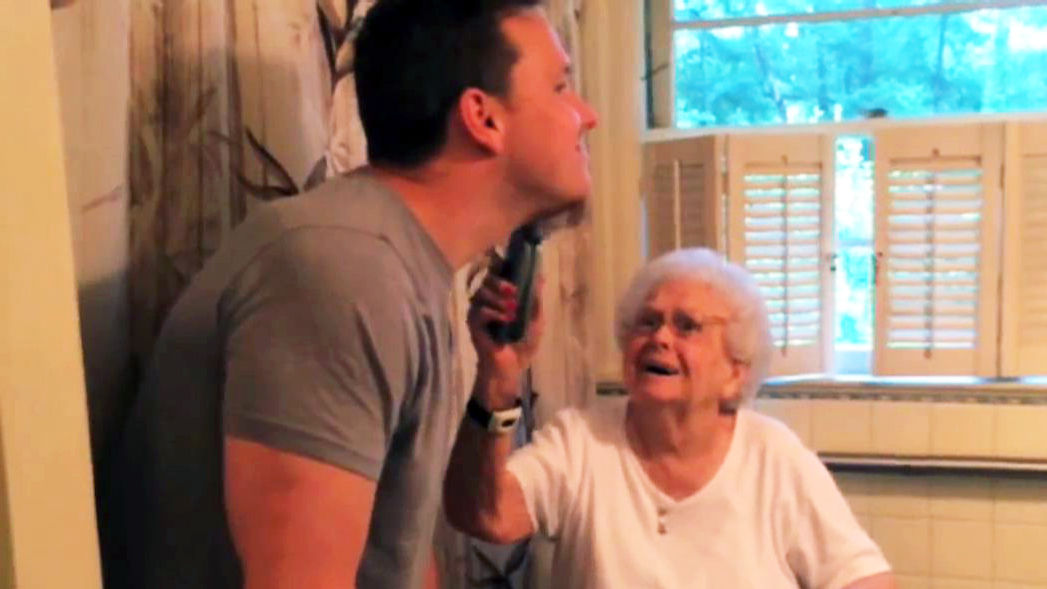 This week's most popular viral videos include "the happiest dog ever," a luxury ad for a not-so-luxurious car, a giant anchovy aggregation, a puppy comforting an older dog during a bad dream, shaving for a grandma's centennial and six-and-a-half years of selfies.

First up, Rafael Borges wants to encourage others to adopt dogs. So, me made this video of his extremely happy dog Frank to show how a little love and care can change a dog's life.

When Australian ad man David Johns decided to sell his 1999 Holden Barina -- a post on Craigslist wasn't enough for him. Instead, he made this super fancy car commercial, an incredibly polished web site and started a twitter campaign -- #BuyMyBurina -- asking for offers.

Scripps Oceanography spotted this massive school of anchovies off the coast of La Jolla, California.

An older golden retriever is having a bad dream and a puppy tries to comfort him in this video from Ariel Goodman.

After a bearded four years, Scott Cleveland shaves his facial mane as a gift to his grandmother on her 100th birthday.

And, Rebecca Brown, aka Beckie0, compiles about 2100 selfies to show her aging from 14 to 21 years old. Beckie0's head is shaved from time to time in this video. That's because she suffers from Trichotillomania -- a disorder that compels her to tear her hair out. She makes her videos to help others suffering from the same condition.