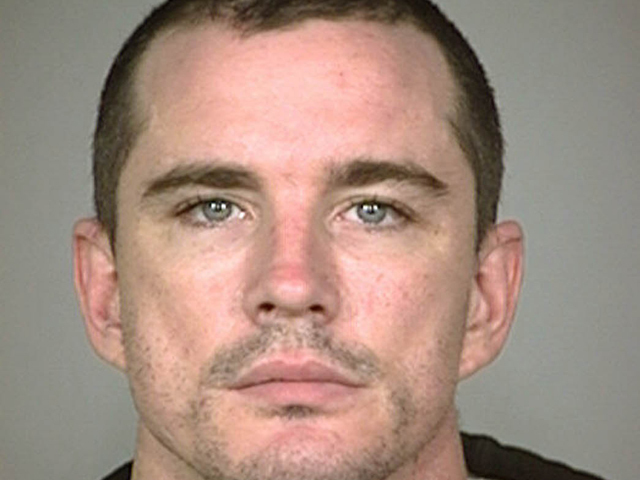 PHOENIX - A grandfather was found guilty of child abuse Wednesday for forcing his grandsons on grueling hikes in the Grand Canyon in searing August heat, withholding food and water and choking and kicking them during the long treks.

All three of the boys testified during the trial. The oldest described secretly asking a hiker to call 911 toward the end of a 19-mile hike on Aug. 28 after he started throwing up, falling down because of cramping and experiencing changes to his vision.

"I needed medical attention and I was hurting and he was hitting and pushing me and calling me fat," said the boy. "I was scared and it was hard and I was all weak and tired and kind of hurt."

The Arizona jury found Christopher Alan Carlson of Indianapolis guilty of three of six charges of child abuse stemming from the Aug. 15 and Aug. 28 hikes.

A criminal complaint had said that Carlson put his grandsons in circumstances "likely to cause death or serious bodily injuries."

Prosecutors told jurors that he deprived the boys of food and water during the hikes. The boys — 8, 9 and 12 at the time — reported that they did get some water, but not always enough, and ate celery and other snacks during the hike.

Investigators have said that Carlson told them that the boys were overweight and that he thought hiking the Grand Canyon would help get them into shape.

Defense attorney Jeffrey Williams has portrayed the 45-year-old Carlson as an active health nut who had a firm hand and wanted to show the boys the world. Like anyone after a long hike, the boys were tired, hungry and thirsty, but Carlson only allowed the boys to eat healthy food like tofu, hummus and veggie burgers, Williams said in his opening statement.

"I suppose to an 8, 9 or 10-year-old that might seem like child abuse if you like cheeseburgers, French fries and pizza," he said. "He wanted to get them from behind the TV, the games and fast food."

The middle grandson, who is now 10 years old, said that Carlson discovered that the kids had hidden unwanted cauliflower, asparagus and fish in their van. Carlson made them eat it even though the food had hair and other debris on it. Another time, the boy said Carlson made him eat broccoli that he had tried to flush down the toilet.

The oldest child told jurors that he threw up several times and said Carlson denied him water at various instances while sipping from a jug himself. He said his grandfather got mad whenever he started walking too slow, and at one point hit him in the face with a rock, causing his lips to bleed.

"I started crying and walking faster and he kicked me in the butt and said, `Run,"' the boy said.

The boy said Carlson was in a hurry to get to the top of the Grand Canyon so he could see the sunset.

A ranger with binoculars spotted the group during their Aug. 28 hike, the same day a man died on another trail from heat exposure. The ranger reported seeing Carlson shoving the oldest boy and whipping him with a rolled-up T-shirt.

Rangers fed the boys and gave them water after one showed symptoms of heat stroke and the other two had signs of heat exhaustion and dehydration. Investigators said the boys were covered in cuts, bruises and scars that backed up their stories.

Prosecutor Camille Bibles told jurors that the middle child got severe blisters on the first hike and that they hadn't fully healed by the second hike.

She showed jurors photos of the blisters, which turned into bleeding ulcers. The wounds forced the boy to undergo treatment usually reserved for burn patients and he couldn't wear shoes for weeks, Bibles said.

A nurse also testified and said that all the boys had severely chafed thighs because Carlson didn't let them wear underwear, and that the boys were dehydrated and had signs of heat stroke and heat exhaustion.

Carlson is scheduled to be sentenced June 1. Because the jury convicted him on the three lesser offenses, it was unclear if he could face up to life in prison.

He is such a young grandfather because he had his first child — Tara Danaher, the mother of the boys — when he was 15. Danaher was 17 when her oldest was born.