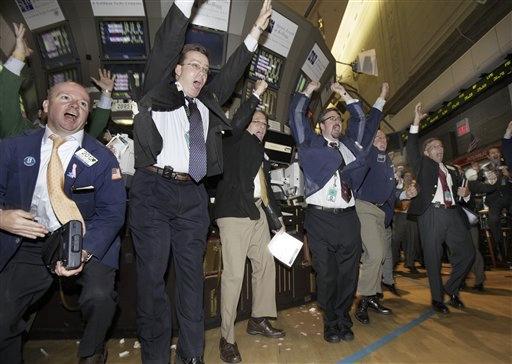 It's bound to be an unusual awards show when Snoop Dogg shows up to argue with a computerized version of himself, sexy women in lingerie seductively coo secret video game codes to viewers and bubbly model Brooke Burke beats out stately Dame Judi Dench for best actress.

Those were some of the unusual occurrences Tuesday at Spike TV's second annual Video Game Awards, which gave shout-outs to the best titles and performances in the field of interactive entertainment.

"Grand Theft Auto: San Andreas," the latest in the popular series about characters who carjack themselves deeper and deeper into a life of crime and violence, collected a leading four awards — including Game of the Year and best male performer for Samuel L. Jackson, who voiced a crooked police officer.

It also won best action game and best gaming soundtrack. "I hope this is the first of many of these that I'll receive," Jackson said after winning "best performance by a human male."

The show, which is still in its infancy compared to other awards ceremonies, had more than its share of flubs. Presenter Tara Reid appeared dumbfounded when announcing best game song (Green Day's "American Idiot" featured in "Madden NFL 2005") and never got the words out. Meanwhile, Jackson repeatedly referred to his game onstage as "Grand Theft Auto 2," even though it's the fifth in the series.

Snoop Dogg served as the host and played straight-man to a digital version of himself from the rap-themed wrestling game "Def Jam: Fight for NY," which taunted him from a giant screen above the stage.

The show literally tried to sex-up the technical side of gaming. In segments titled "Hot Girls Read Cheat Codes," models in lingerie purred "Up, Down, Left, Right, Left, Left ...," which are programs entered on the controller pad to skip levels, gain extra lives or bypass obstacles.

It was definitely a show designed mainly for guys. Burke won best performance by a female for her digitized work in the racing game "Need For Speed: Underground 2" (besting Dench as the voice of M in the James Bond shooter "GoldenEye: Rogue Agent"). "I thought I was going to come up here and show Snoop how to 'drop it like it's hot," the model giggled, referring to the rapper's hit single. "But my skirt is too short!"

Dench was not in the audience.

Other winners included "Burnout 3: Takedown," which claimed best driving game and most addictive game, and "Half Life 2," which won best PC game and best graphics. "Madden NFL 2005" was picked best sports game, and "Chronicles of Riddick: Escape from Butcher Bay" was named the best game adapted from a movie.

"Halo 2," a sequel to the title credited with driving most Xbox sales, won best first-person game and best designer for developer Jason Jones.