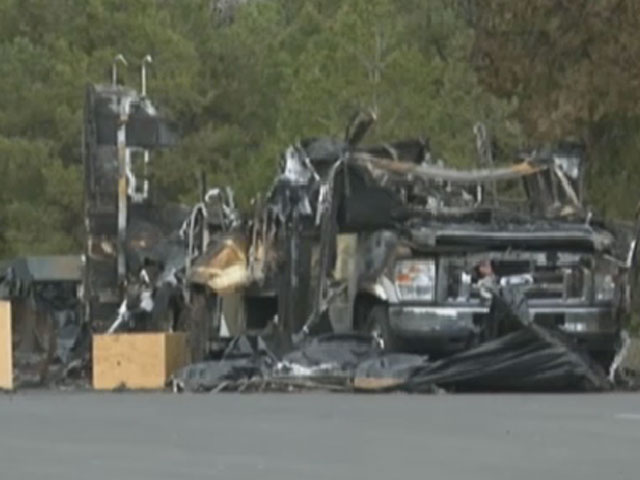 (CBS/WCCO/AP) MINNEAPOLIS - Police say an RV fire that killed a Woodbury man and his two children at the Grand Canyon on Monday may have been murder-suicide.

The burning RV was parked near an entrance to the National Park. According to CBS affiliate WCCO, investigators believe Anthony DeHaven may have killed his two children, 11-year-old Jace and his younger sister, Jersey, before killing himself.

One autopsy was conducted Wednesday but the results weren't released.

The RV was in a parking area along the most-traveled road into the Grand Canyon's popular South Rim near a sign where tourists often pose for pictures. Authorities had reopened the area to the public by Wednesday afternoon after removing what was left of the RV.

Neighbors say they didn't know of any problems at the home or within the family. But one woman said it's been weeks since she's seen the mother, who she says was often outside playing with her kids.

"I often see Jersey playing, she would be cycling," said neighbor Nithya Vaidyanathan told the station. "They would just go out with their parents. Their car would be parked just right outside our house. I've seen them here and there."

Woodbury police say there hasn't been a missing person's report filed for the mother, Angela Velasquez, and there's no reason to believe she's missing.