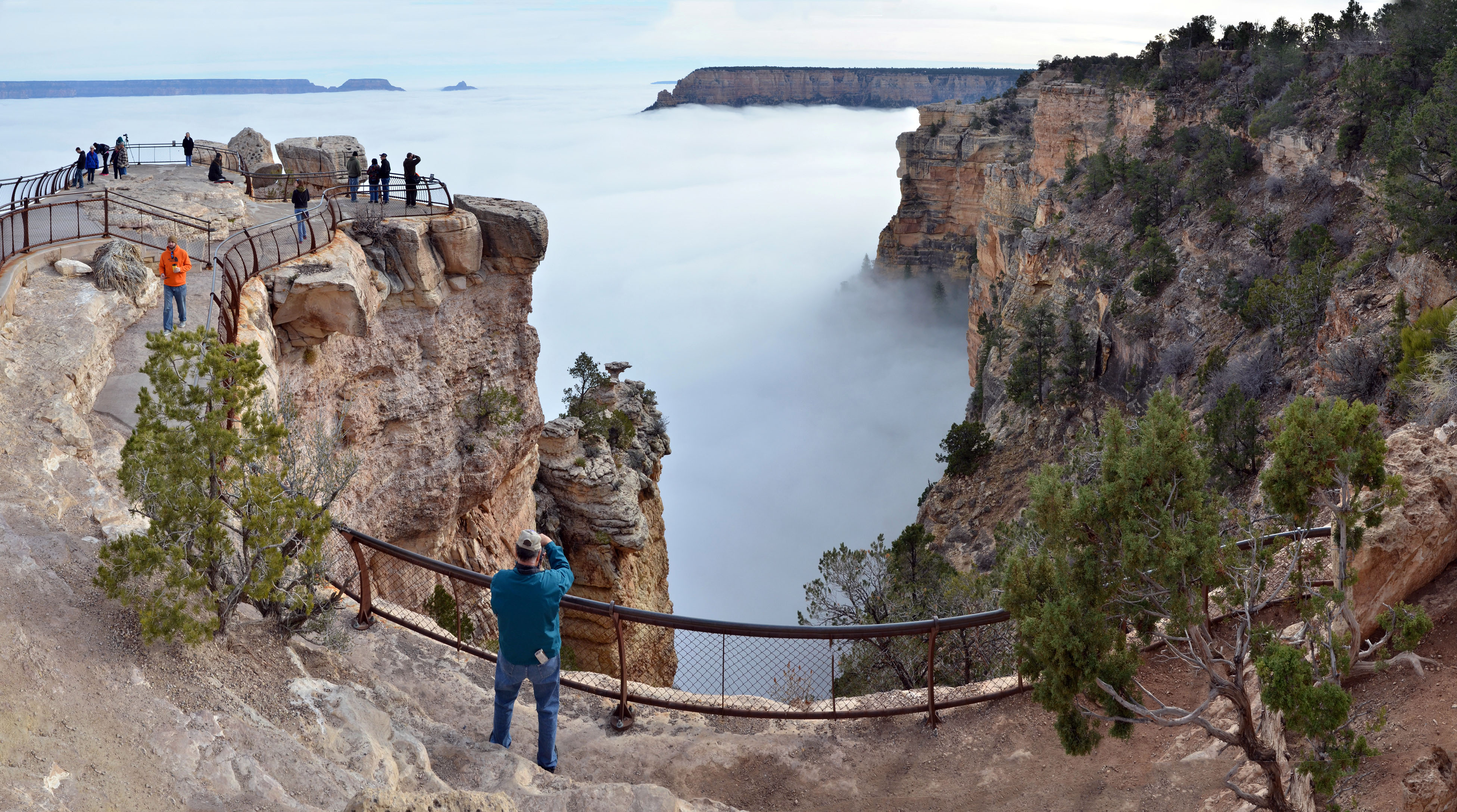 GRAND CANYON NATIONAL PARK, Ariz. -- A rare weather phenomenon at the Grand Canyon had visitors looking out on a sea of thick clouds just below the rim.

The total cloud inversion hung inside the canyon Thursday.

Cory Mottice of the National Weather Service said the weather event happens about once every several years, though the landmark was treated to one last year.

The fog that had been shrouding parts of northern Arizona was courtesy of recent rains. Mottice said the fog was able to stick around and built up in the Grand Canyon overnight when there was no wind.

With an inversion, the clouds are forced down by warm air and unable to rise.

Mottice said the Grand Canyon gradually will clear up in the coming days.

A time-lapse video showing the Grand Canyon filling with clouds was posted to the park's Facebook page: