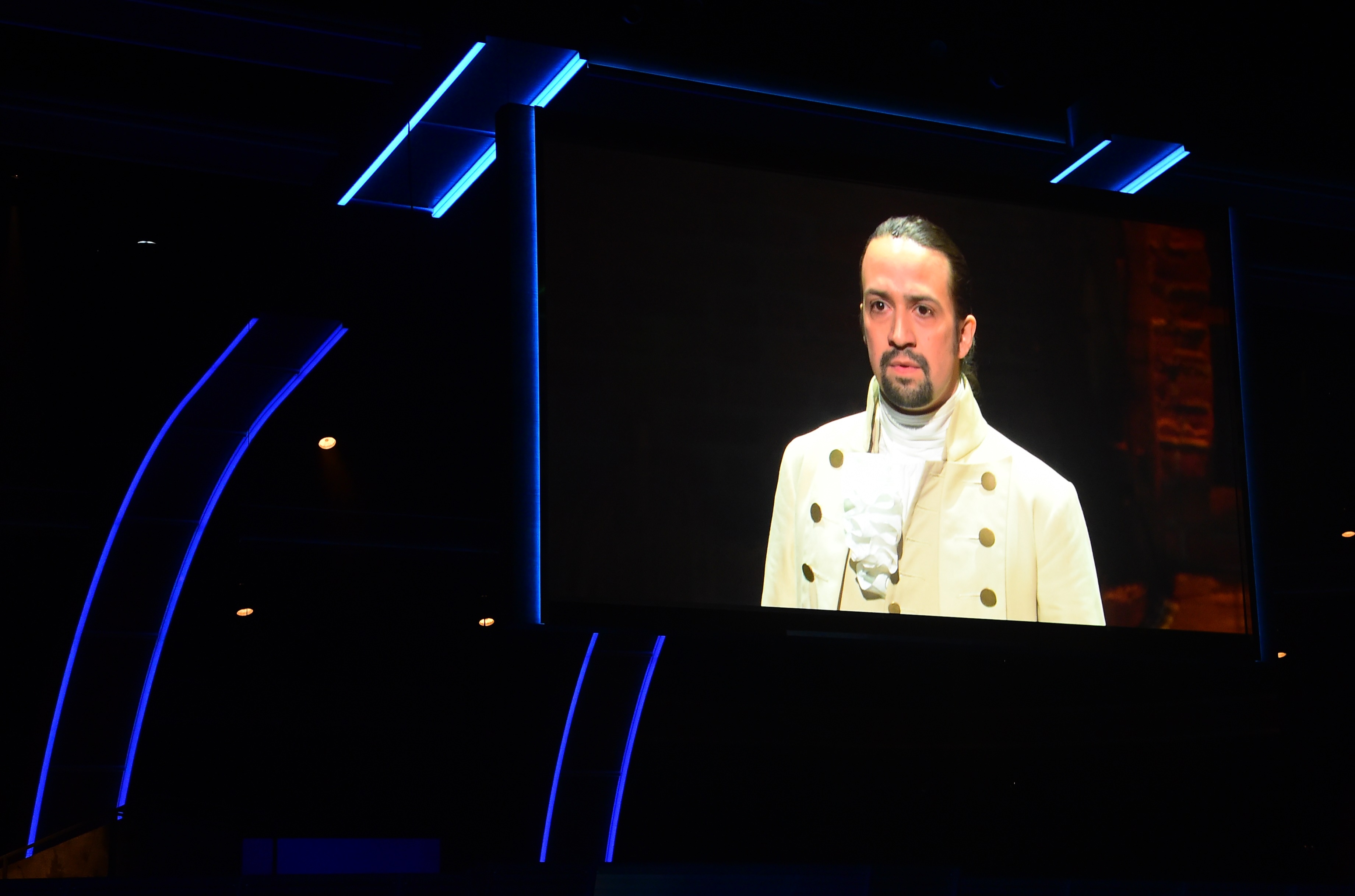 It's safe to say Lin-Manuel Miranda and the cast of the Broadway musical "Hamilton" are having a great night.

The cast performed the opening number of "Hamilton" at the 2016 Grammy Awards, though they didn't exactly take the Grammys stage -- not at the Staples Center in Los Angeles, at least. Instead, they worked from their home base of the Richard Rodgers Theater in New York, where they performed live for the Grammys telecast.

The hip-hop tinged musical got big cheers and standing ovations from the Grammys crowd after the performance, and the cast had even more reason to celebrate just minutes later when they won Best Musical Theater Album.

Creator Miranda accepted the award and rapped his speech, in which he gave a shoutout to his son: "The cast, unstoppable, the band is unbeatable, inimitable, unbeatable, always inspiring me to pull through. Sebastian, Daddy's bringing home a Grammy for you!"

The "Hamilton" cast tweeted photos and videos of their rehearsals up to the Grammys broadcast.

Dying to see the show? The musical now has an online lottery for tickets. And that may be one of the only ways to see the performance live for the time being, since tickets are sold out on the Hamilton website through January 2017.

After the cast won the Grammy, many wannabe ticket holders took to social media to congratulate the cast, and recognize they will probably have an even harder time getting into the Richard Rodgers Theatre now.

That's not the only thing people are saying online, either. Parents have been posting videos of their children rapping -- or, attempting to rap -- the lyrics to Hamilton.

Parents aren't the only ones taking notice of the play's popularity among their kids -- educators are too. Popular teacher blogs are raving about how to use the musical in the classroom. Some even provide tips on how to incorporate Hamilton-style teaching into lesson plans.

And recently, The Rockefeller Foundation provided a $1.46 million grant for 20,000 New York City public school students to get tickets to see the show.