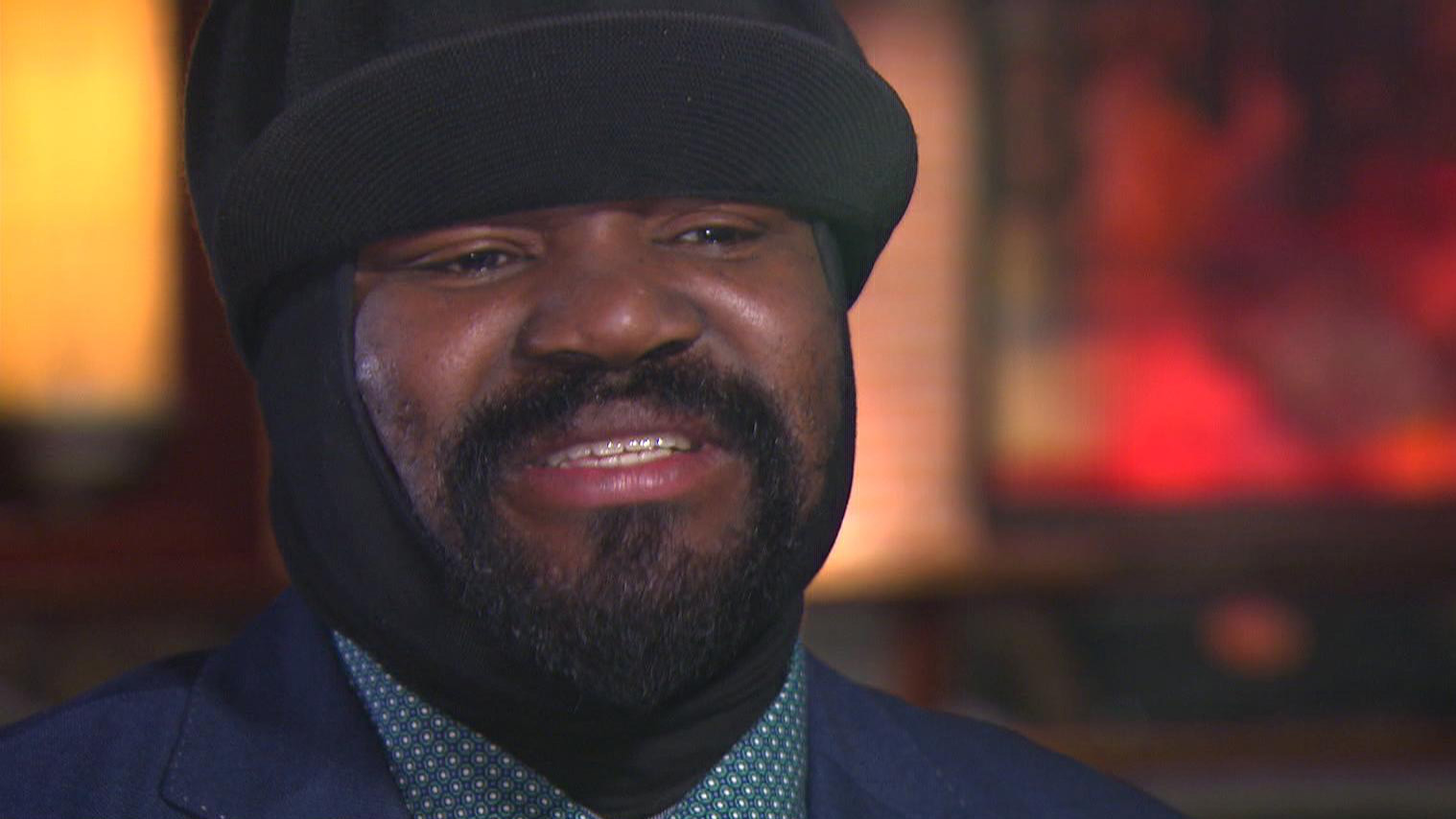 Jazz singer Gregory Porter had a surprise dance hit with the song "Holding On," which he recorded with the group "Disclosure." His last album, "Liquid Spirit," sold more than a million copies worldwide and won the Grammy for best jazz vocal album.

"It's been some surreal moments, you know from performing at Buckingham Palace to having dinner with Stevie Wonder, it's been an amazing ride," Porter told "CBS This Morning: Saturday" co-host Anthony Mason.

His distinctive cap -- which he first wore after skin surgery -- has become a trademark for the 44-year-old singer, who originally went to San Diego on a football scholarship, until a shoulder injury cut short his career.

"I remember calling my mother in tears. And she said, 'Son, so does this mean you get to keep your scholarship, right? I was like, 'yeah.' And they don't hit you anymore?' And I said, 'No ... nobody is hitting me anymore.' And she was like, 'Great!'" Porter recalled. "Mom saw the upside, but I was devastated."

So Porter went back to his first love - music. In 1999, he won a part in the musical "It Ain't Nothin' But the Blues," which landed him on Broadway.

"By the way, opening night of the show, I actually fell off stage," Porter said. He was clapping his hands and walking when he slipped and plunged six feet off the stage at the Vivian Beaumont Theatre.

Porter, who grew up with seven siblings in Bakersfield, California, said his mother, Ruth - a storefront preacher - exposed him to gospel early.

"She was great, and with my record, I mean with my music, she comes -- her teachings, her energy, her sermons. ... She's in there," Porter said.

In fact, his mother is the inspiration of the title track of his new record, "Take Me To The Alley," referring to a street in Bakersfield.

"It's kind of skid row. It was when I was a child. And that's where my mother wanted to be. She wanted to go to the places where people needed her the most," Porter said.

"Great to have somebody like that on your side," Mason said.

"Yeah, yeah," Porter agreed, before adding, "It can be difficult as a child."

Porter particularly remembers his mother's charity with the family meal at Thanksgivings.