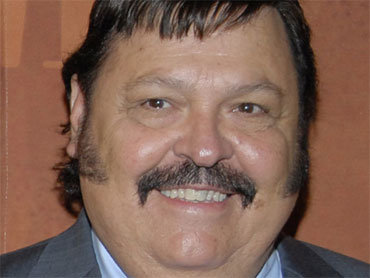 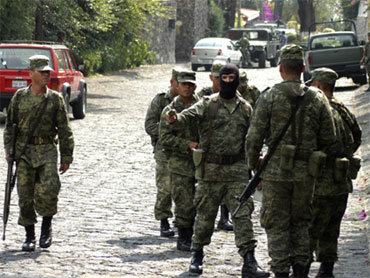 Ayala, the Texas-based norteño singer, was performing in a gated community of mansions outside the mountain town of Tepoztlan when a raid was carried out as part of the government's campaign to crack down on drug gangs. Ayala was detained and questioned at length on Saturday Dec. 12, and then released. Officials say they found no grounds for criminal charges.

Photo: Soldiers guard a crime scene after a shootout in Tepoztlan, Mexico Dec. 11, 2009.

The early morning raid quickly became a shootout and three gunmen were killed and 11 others suspected of working for the Beltran Leyva drug cartel were detained. $280,000 in cash and 16 automatic rifles were seized, the Mexican Navy said.

The raids have become a violent mainstay on the US-Mexico border.

Ayala, a Mexican accordionist and singer who lives in Hidalgo, Texas, has a large following along the Mexico-U.S. border and has won two Latin Grammys.

Each year, he hosts a Christmas festival in Hidalgo, a free event that includes music, food and the opportunity for impoverished children to line up at Ayala's home to receive a ticket for a free gift. The Hidalgo city Web site said Ayala was scheduled to host the event Wednesday.

City officials did not immediately respond to an e-mail asking if Ayala would still attend.

Over the years, several norteño musicians have been slain, including performers of the popular northern "Narcocorrido" songs that glorify drug trafficking.

Among the best known performers killed was Sergio Gomez, a singer with K-Paz de la Sierra, who went missing after a 2007 concert in the Michoacán state capital of Morelia. His tortured body was found the next day along a highway.

A year earlier, banda singer Valentin Elizalde was shot to death along with his manager and driver shortly after performing in Reynosa, Mexico, across the border from McAllen, Texas.