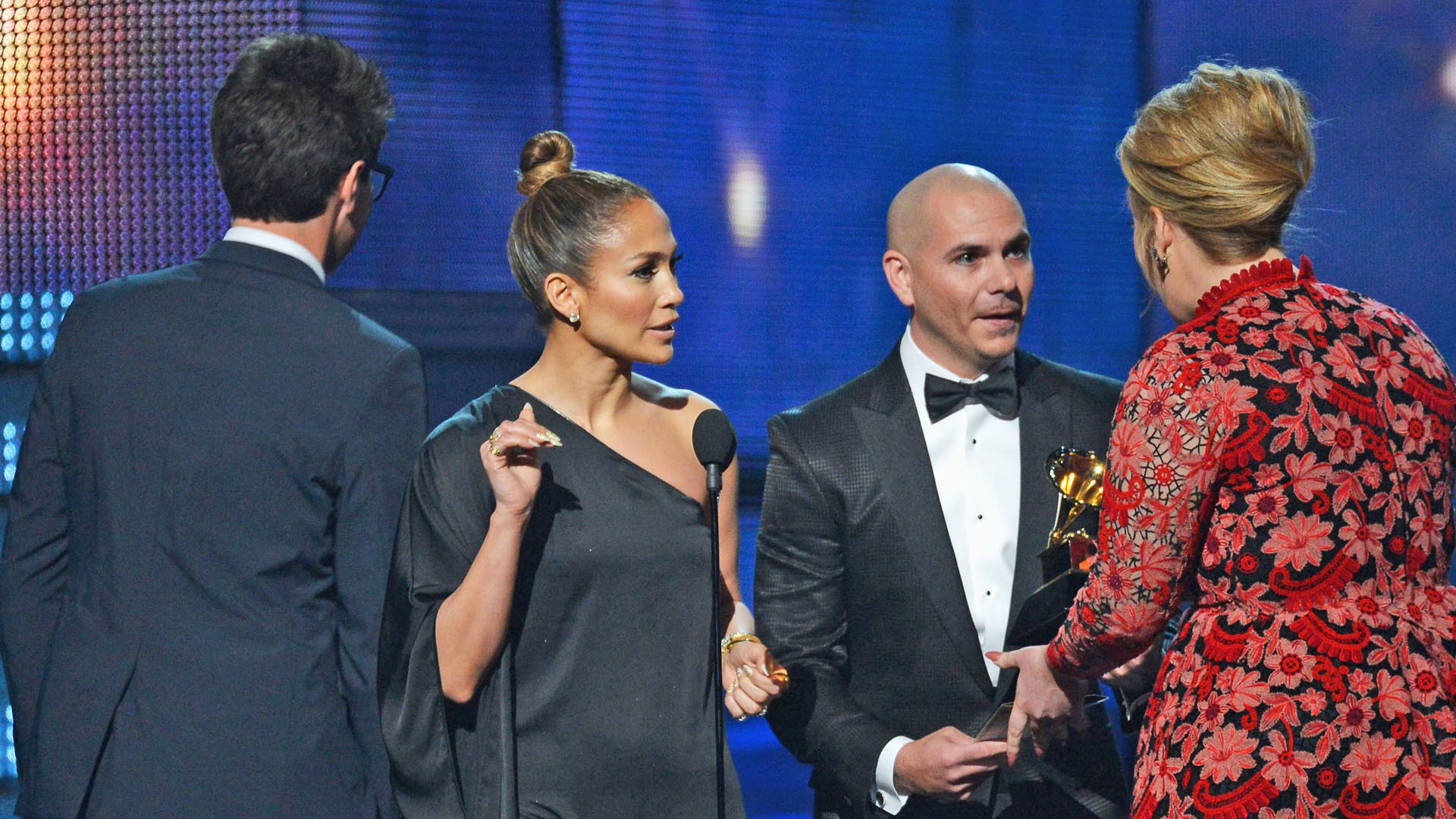 A blink-and-you'll-miss moment at the Grammys cost one man a night in jail.

According to The Hollywood Reporter, Vitalii Sediuk, who was infamously slapped by Will Smith after trying to kiss the "Men in Black" star on the Moscow red carpet, was arrested and spent Sunday night in jail following his latest stunt at Sunday's Grammy Awards.

During the awards show, Sediuk crashed the stage as Jennifer Lopez and Pitbull were presenting Adele with the Best Pop Vocal Performance Grammy. Lopez appeared none too thrilled by the unexpected visitor:

After exiting the stage, Sediuk was immediately arrested and released the following morning. The 24-year-old Hungarian TV personality faces a court date over the incident, scheduled for March.

Sources told THR that Sediuk did not have press credentials or a ticket to the Grammys and simply walked into Los Angeles' Staples Center and sat in the second row, raising questions over the level of security in place for such a star-studded event.

Wondering what Sediuk was thinking when he crashed the stage? Here it from the man himself: