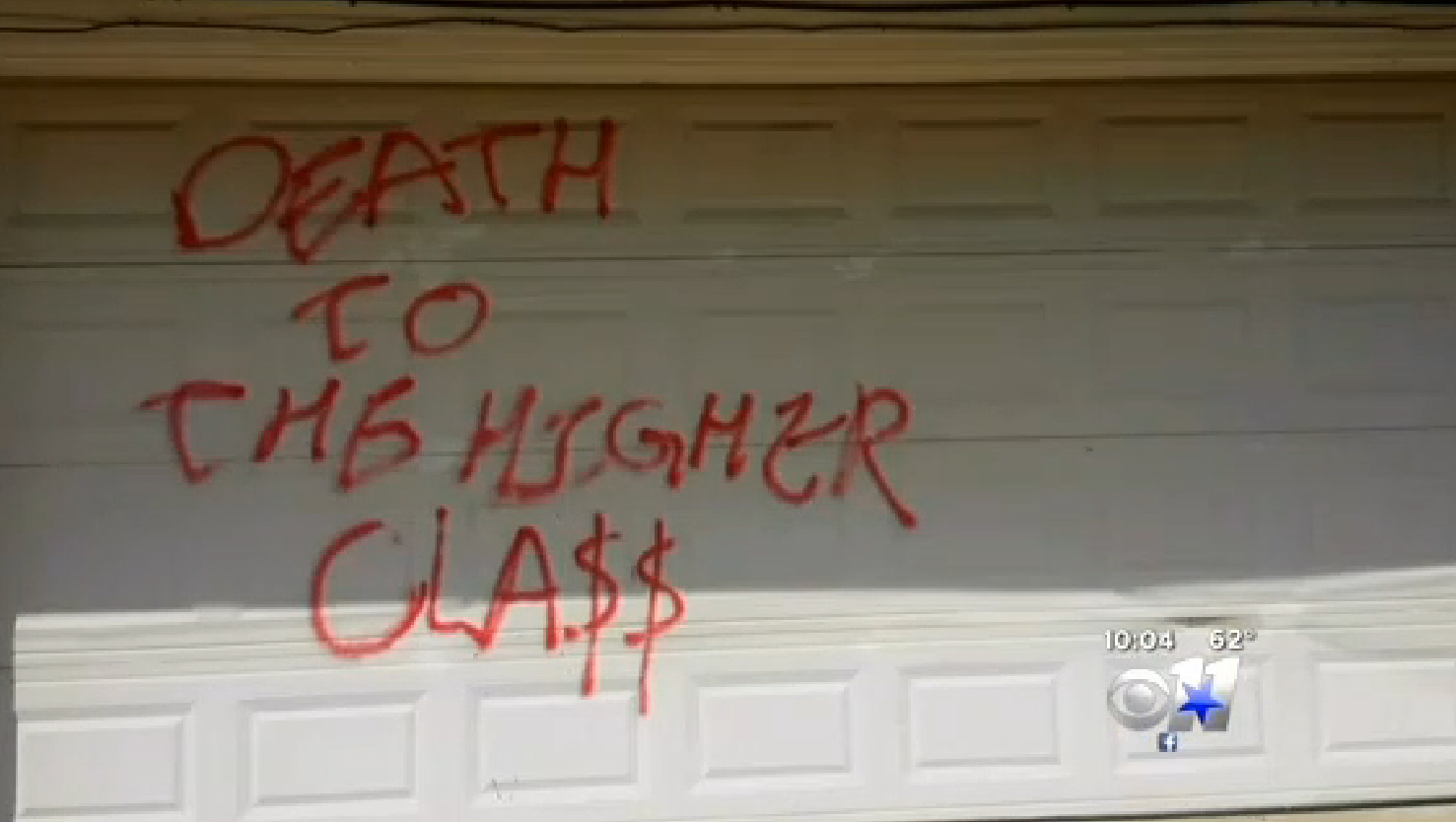 Police in Plano have issued a crime watch bulletin for several neighborhoods.

"I didn't take it as a threat," said Danny Hansard, who has the message spray painted on his garage. "I take it as someone who may have some hate for people."

Several homes in the neighborhood have been scarred with similar graffiti, reports the station.

The Plano Police Department is asking neighbors to check their security cameras for any video that may have captured the suspects.