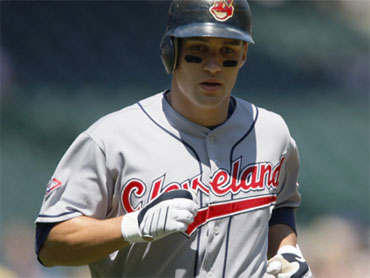 CLEVELAND (CBS/AP) Is he the ultimate Bad News Bare?

Cleveland Indians outfielder Grady Sizemore is certainly steamed that steamy photographs he allegedly shot for his girlfriend, Playboy playmate Brittany Binger, got leaked to the Web, but it seems his baseball club is keeping mostly mum about the incident and some of his fan base of "Grady's Ladies" are downright tickled.

"We fully support Grady as he deals with this personal matter," the Cleveland Indians said in a statement Monday. 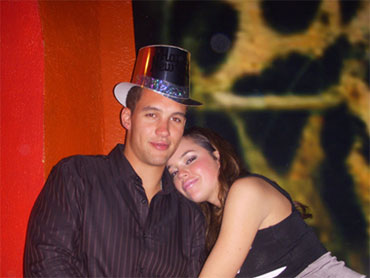 On a The Cleveland Plain Dealer this weekend.

"It's now a legal matter that is under investigation. I can't say anything more."

A baseball official, speaking on condition of anonymity because no statements had been authorized, told The Associated Press that MLB officials have been contacting the Web sites that posted the photos and have been asking them to take down the pictures.

It is not known how many sites are complying with the request.

With a rare combination of speed and power, Sizemore has developed into one of baseball's best all-around players. He is one of only two players in club history to hit 30 homers and steal 30 bases in one season.

A two-time Golden Glove winner, Sizemore has endeared himself to Cleveland fans with his hustle and durability. In 2006 and 2007, he played in all 162 regular-season games, but he was limited to just 106 games last season.

Sizemore suffered an elbow injury and sports hernia during spring training in 2009 and was never 100 percent. He batted a career-low .248 with 18 homers and 64 RBIs before deciding to stop playing on Sept. 4. He underwent two offseason surgeries.