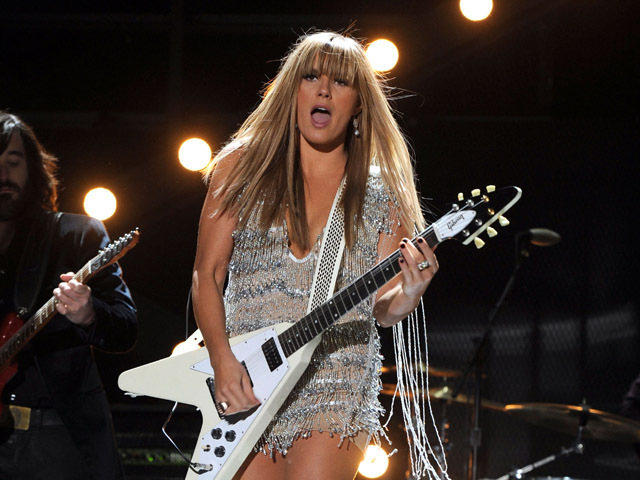 Decked in an American flag pinup outfit, Perry first hit the stage with a performance to her summer hit "California Gurls."  She later returned with Minaj for a playful rendition of Cyndi Lauper's "Girls Just Want to Have Fun."

After performing her singles, "Turning Me On," "Knock You Down" and "Pretty Girl Rock," R&B singer Keri Hilson teamed up with country duo Sugarland to cover Aretha Franklin's "Think."

The night's standout act belonged to newcomer Grace Potter, who performed with her group, The Nocturnals.

Potter, who channeled Tina Turner with her silver, shimmery mini-dress, and her band kick-started their night  with a performance to their latest hit "Paris (Ooh La La)," complete with a "Top Gun" theme intro. They continued to show off their 70s soul and rock sensibility with "Medicine," followed by a performance with Ann and Nancy Wilson of Heart for their classic hit, "Crazy on You."

[Watch their performance below]

Singer Brandy, who recently competed on "Dancing with the Stars," supermodel Marissa Miller and comedian Jeffrey Ross were also present at the event.