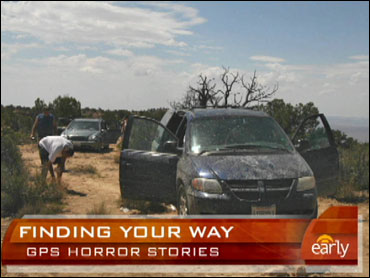 A GPS device led a convoy of tourists astray in southern Utah, finally stranding them on the edge of a sheer cliff.

With little food or water, the group of 10 children and 16 adults from California had to spend a night in their cars deep inside the Grand Staircase-Escalante National Monument.

They used a global positioning device to plot out a backcountry route Saturday from Bryce Canyon National Park to the Grand Canyon.

But the device couldn't tell how rough the roads were. One vehicle got stuck in soft sand, two others ran low on fuel. And the device offered suggestions that led them onto the wrong dirt roads, which ended at a series of cliffs.

The group was so lost it couldn't figure out how to backtrack and started to panic. Kids were crying, and one infant was sick with fever, according to a member of the party.

"It was a nightmare - the vacation from hell," Daniel Cohen, back home safely in Los Angeles, told The Associated Press on Tuesday.

From Grosvenor Arch, where the travelers stopped, they should have taken the better-traveled Cottonwood Canyon Road. Instead, they took Four Mile Bench Road, which takes a meandering southeasterly path. Chief Deputy Tracy Glover said the convoy took one wrong turn after another onto a succession of lesser dirt paths that are barely passable in the best of weather. They finally ended so some 25 miles from Grosvenor Arch near Tibbet Canyon.

"It was a night without the moon, so it was even harder -- we couldn't see nothing," Cohen told CBS News.

Cohen said the group had no idea it was setting off in the wrong direction.

"A friend with navigation device said we should go that way, and we all went that went," he said to the AP. "I had no clue where we were, I can tell you that. But the next day, when we saw the airplane, we were jumping."

Glover said a GPS device is no substitute for good judgment or detailed topographical maps.

"People can start down a nice, graded dirt road and it can soon turn into boulders and deep washes, but they continue driving instead of turning around. I don't understand it," Glover told The Salt Lake Tribune. "The shortest way is not always the quickest way."

It took a lot of back-and-forth cell phone calls, but sheriff's deputies were able to find the group Sunday and lead them back out to Cannonville.

It wasn't the first time Staircase visitors have wandered into near oblivion. Dozens have been stranded since the monument was created in 1996, often with the false encouragement of a GPS device, said Bureau of Land Management spokesman Larry Crutchfield.

And the incident is only the latest in a string of GPS-related blunders.

Last January, a California man mistakenly drove onto commuter railroad tracks north of New York City, and ditched his car just before it was destroyed by an oncoming train.

In Secaucus, N.J., reports CBS News correspondent Priya David, residents of a quiet residential street complain to town officials about the gridlock caused by a mistakenly labeled GPS map that fails to show a gate that exists between their street and a busy industrial park.

"We'll see trucks, we'll see campers, we'll see everything backed up at the gate," says Secaucus Councilman Michael Gonnelli, "because the navigation system sends them this way not realizing there's a structure in the middle of the roadway."

On The Early Show Friday, Natali Del Conte, a senior editor at CNET-TV, said consumers should look for a capability in their GPS devises called WAAS -- Wide Area Augmentation System -- which sharpens a device's accuracy. 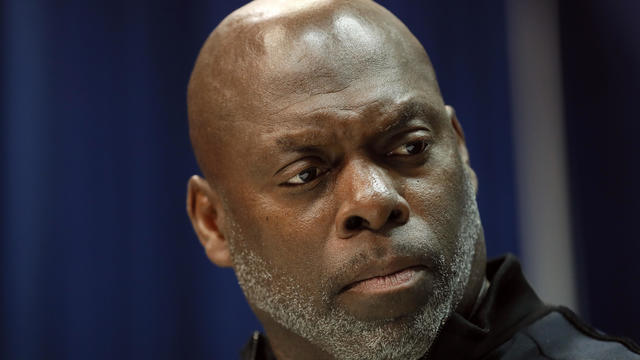 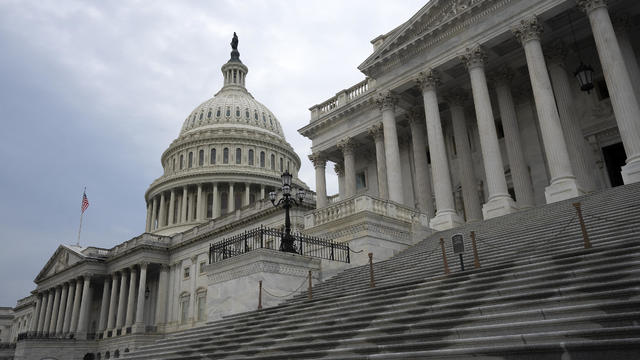