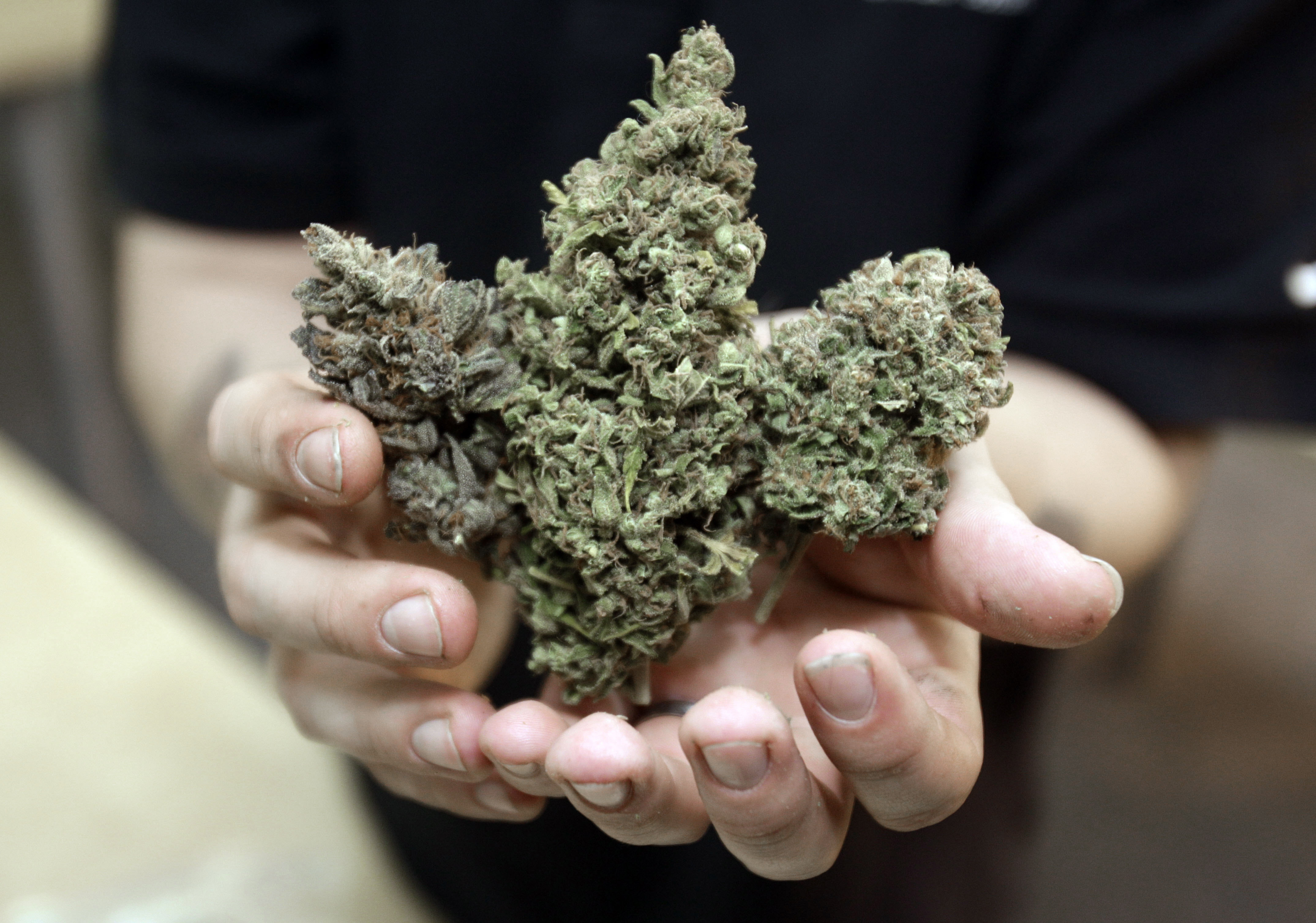 Two governors on Wednesday filed a petition with the federal government to have marijuana reclassified to allow for medical use, expressing in a letter to Drug Enforcement Administration their concerns that "patients with serious medical conditions who could benefit from medical use of cannabis do not have a safe and consistent source of the drug" as a result of its current classification.

In their joint letter, governors Lincoln Chafee, the independent governor of Rhode Island (and a former Republican senator), and Christine Gregoire, the Democratic governor of Washington, urge the DEA to change marijuana's classification from a Schedule I drug to a Schedule II drug, which would enable pharmacies to dispense it to patients with a prescription.

Among those drugs classified as Schedule I include heroin, opiates, morphine, and L.S.D.

In a June 21 letter, DEA Administrator Michele Leonhart argued that marijuana has "no currently accepted medical use in treatment in the United States"; "has a high potential for abuse," and "lacks accepted safety for use under medical supervision," according to the Los Angeles Times.

Gregoire and Chafee dispute that characterization of marijuana, citing support from the American Medical Association and The American College of Physicians of the investigation and clinical research of marijuana for medicinal use. The governors also note that the Rhode Island Medical Society, the Washington State Medical Association the Washington State Pharmacy and other institutions also support the reclassification of marijuana.

"Americans' attitudes toward medically prescribed marijuana are changing, and medical organizations throughout the country - including the Rhode Island Medical Society and the American Medical Association - have come to recognize the potential benefits of marijuana for medical use," Chafee said in a Wednesday statement. "Patients across Rhode Island and across the United States, many of whom are in tremendous pain, stand to experience some relief."

"Governor Gregoire and I are taking this step to urge the Federal Government to consider allowing the safe, reliable, regulated use of marijuana for patients who are suffering," Chafee added.

In a statement, Gregoire cited "poll after poll" showing "an overwhelming majority" of Americans who "now see medical marijuana as legitimate."

"Sixty percent of voters in our state said yes on a 1998 ballot measure," she said. "An ever-growing number of doctors now tell thousands of suffering patients they may find relief from the unique medicinal qualities of cannabis. There is simply no question that pharmacists could safely and reliably dispense cannabis to patients -- just as they do for other controlled and more problematic drugs."

Washington and Rhode Island are two of 16 U.S. states in which the use of marijuana is legal for medicinal purposes. But according to Gregoire and Chafee, "the divergence in state and federal law creates a situation where there is no regulated and safe system to supply legitimate patients who may need medical cannabis."

"What we have out here on the ground is chaos," Gregoire told the New York Times in an interview. "And in the midst of all the chaos we have patients who really either feel like they're criminals or may be engaged in some criminal activity, and really are legitimate patients who want medicinal marijuana."