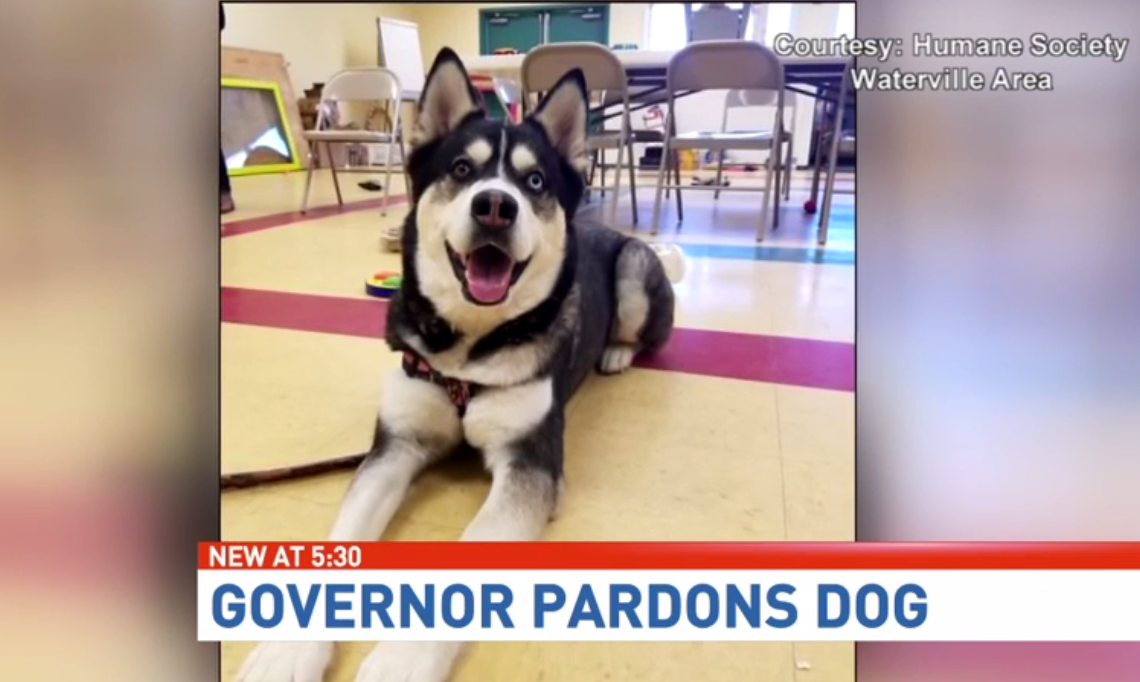 WATERVILLE, Maine -- The governor of Maine wielded his executive authority Thursday to show mercy to an unlikely beneficiary: a dog.

Gov. Paul LePage, a Republican, issued a full pardon for Dakota, who had been ordered to be put down, CBS affiliate WGME-TV reports.

Dakota, a husky, had escaped from a previous owner about a year ago and killed a small dog, leading to her designation as a “dangerous dog.”

Another escape led to her capture by an animal control officer, who brought Dakota to the Waterville Humane Society shelter in February as a stray. A family that knew Dakota as a puppy subsequently adopted her, WGME reports.

Unbeknownst to her new owners, the local district attorney brought Dakota’s case before a judge on March 21. The judge ruled Dakota should be euthanized.

LePage was alerted to the case by a board member for the Humane Society in Waterville. On Thursday he issued a full pardon for Dakota, apparently the first of its kind.

“I have reviewed the facts of this case and I believe the dog ought to be provided a full and free pardon,” LePage said in a statement.

“I feel that Dakota is a dog that deserves a second chance, and we’re appreciative that she’s going to get that, and that the governor is taking an interest in her,” Lisa Smith with the Humane Society told WGME. “So we’d just like to say thank you for opening the case.”

LePage is a dog owner, adopting a Jack Russell terrier in 2016 he named “Veto.”

A hearing was scheduled Friday to determine Dakota’s fate. For the time being, she’s staying at the Humane Society.