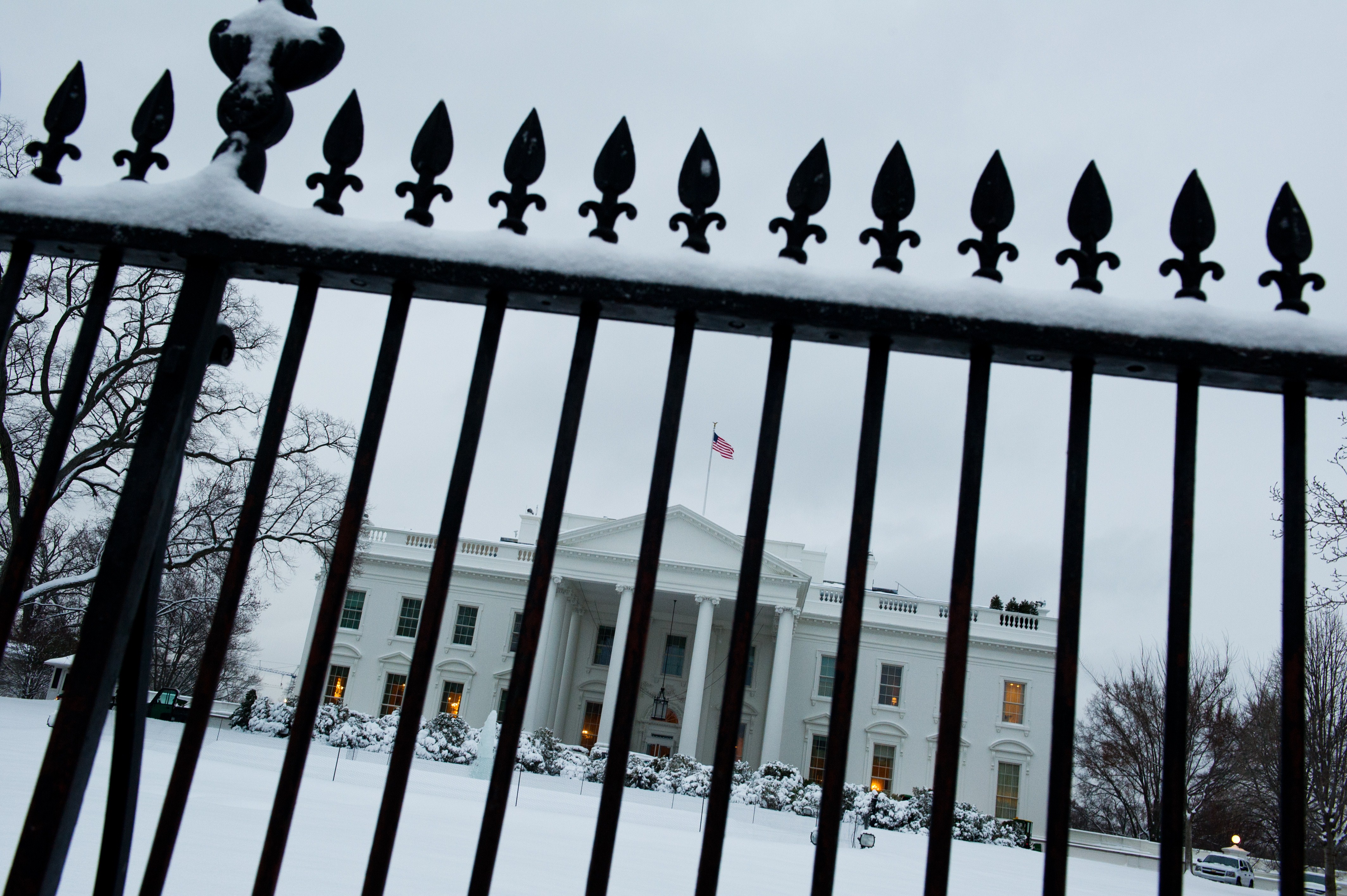 More often than ever, the administration censored government files or outright denied access to them last year under the U.S. Freedom of Information Act, cited more legal exceptions it said justified withholding materials and refused a record number of times to turn over files quickly that might be especially newsworthy, according to a new analysis of federal data by The Associated Press.

The government's own figures from 99 federal agencies covering six years show that halfway through its second term, the administration has made few meaningful improvements in the way it releases records. In category after category - except for reducing numbers of old requests and a slight increase in how often it waived copying fees - the government's efforts to be more open about its activities last year were their worst since President Barack Obama took office.

In a year of intense public interest over the National Security Agency's surveillance programs, the government cited national security to withhold information a record 8,496 times - a 57 percent increase over a year earlier and more than double Obama's first year, when it cited that reason 3,658 times. The Defense Department, including the NSA, and the CIA accounted for nearly all those. The Agriculture Department's Farm Service Agency cited national security six times, the Environmental Protection Agency did twice and the National Park Service once.

And five years after Obama directed agencies to less frequently invoke a "deliberative process" exception to withhold materials describing decision-making behind the scenes, the government did it anyway, a record 81,752 times.

"I'm concerned the growing trend toward relying upon FOIA exemptions to withhold large swaths of government information is hindering the public's right to know," said Sen. Patrick Leahy, D-Vt., chairman of the Senate Judiciary Committee. "It becomes too much of a temptation. If you screw up in government, just mark it `top secret.'"

Citizens, journalists, businesses and others last year made a record 704,394 requests for information, an 8 percent increase over the previous year. The government responded to 678,391 requests, an increase of 2 percent over the previous year. The AP analysis showed that the government more than ever censored materials it turned over or fully denied access to them, in 244,675 cases or 36 percent of all requests. On 196,034 other occasions, the government said it couldn't find records, a person refused to pay for copies or the government determined the request to be unreasonable or improper.

Sometimes, the government censored only a few words or an employee's phone number, but other times it completely marked out nearly every paragraph on pages.

The White House said the government's figures demonstrate "that agencies are responding to the president's call for greater transparency." White House spokesman Eric Schultz noted that the government responded to more requests than previously and said it released more information. "Over the past five years, federal agencies have worked aggressively to improve their responsiveness to FOIA requests, applying a presumption of openness and making it a priority to respond quickly," Schultz said.

Sunday was the start of Sunshine Week, when news organizations promote open government and freedom of information.

The chief of the Justice Department's Office of Information Policy, which oversees the open records law, told the Senate last week that some of the 99 agencies in the past five years have released documents in full or in part in more than 90 percent of cases. She noted the record number of requests for government records, which exceeded 700,000 for the first time last year, and said decisions are harder than ever.

"The requests are more complex than they were before," director Melanie Pustay told the Senate Judiciary Committee.

The government's responsiveness under the FOIA is widely viewed as a barometer of its transparency. Under the law, citizens and foreigners can compel the government to turn over copies of federal records for zero or little cost. Anyone who seeks information through the law is generally supposed to get it unless disclosure would hurt national security, violate personal privacy or expose business secrets or confidential decision-making in certain areas. It cited such exceptions a record 546,574 times last year.

"The public is frustrated and unhappy with the pace of responses and the amount of information provided," Sen. Richard Blumenthal, D-Conn., said at the same congressional hearing. "There's a common reaction for anybody who has any experience with it that it doesn't function well."

John Cook, the incoming new editor at the Intercept, the online magazine founded by investor Pierre Omidyar, said his experience under the open records law was "abysmal" but not especially worse last year than previously. "It's a bureaucracy," Cook said. "As often as it's about trying to keep data from falling into the hands of reporters, it's the contractor looking for ways to reduce the caseload. It's just bureaucrats trying to get home earlier and have less to do."

The AP could not determine whether the administration was abusing the national security exception or whether the public asked for more documents about sensitive subjects. The NSA said its 138 percent surge in records requests were from people asking whether it had collected their phone or email records, which it generally refuses to confirm or deny. To do otherwise, the NSA said, would pose an "an unacceptable risk" because terrorists could check to see whether the U.S. had detected their activities. It censored records or fully denied access to them in 4,246 out of 4,328 requests, or 98 percent of the time.

Journalists and others who need information quickly to report breaking news fared worse than ever last year. Blocking news organizations from urgently obtaining records about a government scandal or crisis - such as the NSA's phone-records collection, Boston bombings, trouble with its health care website, the deadly shootings at the Washington Navy Yard or the attack on the diplomatic mission in Benghazi - can delay uncovering significant developments until after decisions are made and the public's interest has waned.

The government said the average time it took to answer a records request ranged from less than one day to nearly two years. AP's analysis showed that most agencies took longer to answer requests than the previous year, although the White House said the government responded more quickly and did not immediately explain how it determined that. The Pentagon reported at least two requests still pending after 10 years and the CIA was still working on at least four requests from more than eight years ago.

The AP's request to the Health and Human Services Department for contracts with public-relations companies to promote Obama's health care law has been pending for more than one year. Requests for files about the Affordable Care Act and the IRS's treatment of tax-exempt political groups have languished in government offices for months. Similarly, the AP has waited for more than 10 months for emails between the IRS and outside Democratic super PACs about tea party groups.

After Rep. Paul Ryan, R-Wis., was selected as the Republican vice presidential candidate, the AP asked scores of federal agencies for copies of letters he wrote to them. At least seven turned over the records after the election in November 2012. Some didn't even acknowledge AP's request for Ryan's letters until months after Obama was sworn in for a second term.

Last year, the government denied 6,689 out of 7,818 requests for so-called expedited processing, which moves an urgent request for newsworthy records to the front of the line for a speedy answer, or about 86 percent. It denied only 53 percent of such requests in 2008.

The U.S. spent a record $420 million answering requests plus just over $27 million in legal disputes, and charged people $4.3 million to search and copy documents. The government waived fees about 58 percent of the time that people asked, a 1 percent improvement over the previous year.

Sometimes, the government said it searched and couldn't find what citizens wanted.

The Office of the Director of National Intelligence, whose top official has testified to Congress repeatedly about NSA surveillance programs disclosed by contractor Edward Snowden, told the AP it couldn't find any records or emails in its offices asking other federal agencies to be on the lookout for journalists to whom Snowden provided classified materials. British intelligence authorities had detained one reporter's partner for nine hours at Heathrow airport and questioned him under terrorism laws. DNI James Clapper has at least twice publicly described the reporters as "accomplices" to Snowden, who is charged under the U.S. Espionage Act and faces up to 30 years in prison.

Likewise, Cook, departing as the editor at Gawker, was exasperated when the State Department told him it couldn't find any emails between journalists and Philippe Reines, Hillary Clinton's personal spokesman when Clinton was secretary of state. BuzzFeed published a lengthy and profane email exchange about the 2012 attack on the diplomatic mission in Benghazi between Reines and its correspondent, Michael Hastings.

"They said there were no records," Cook said of the State Department.