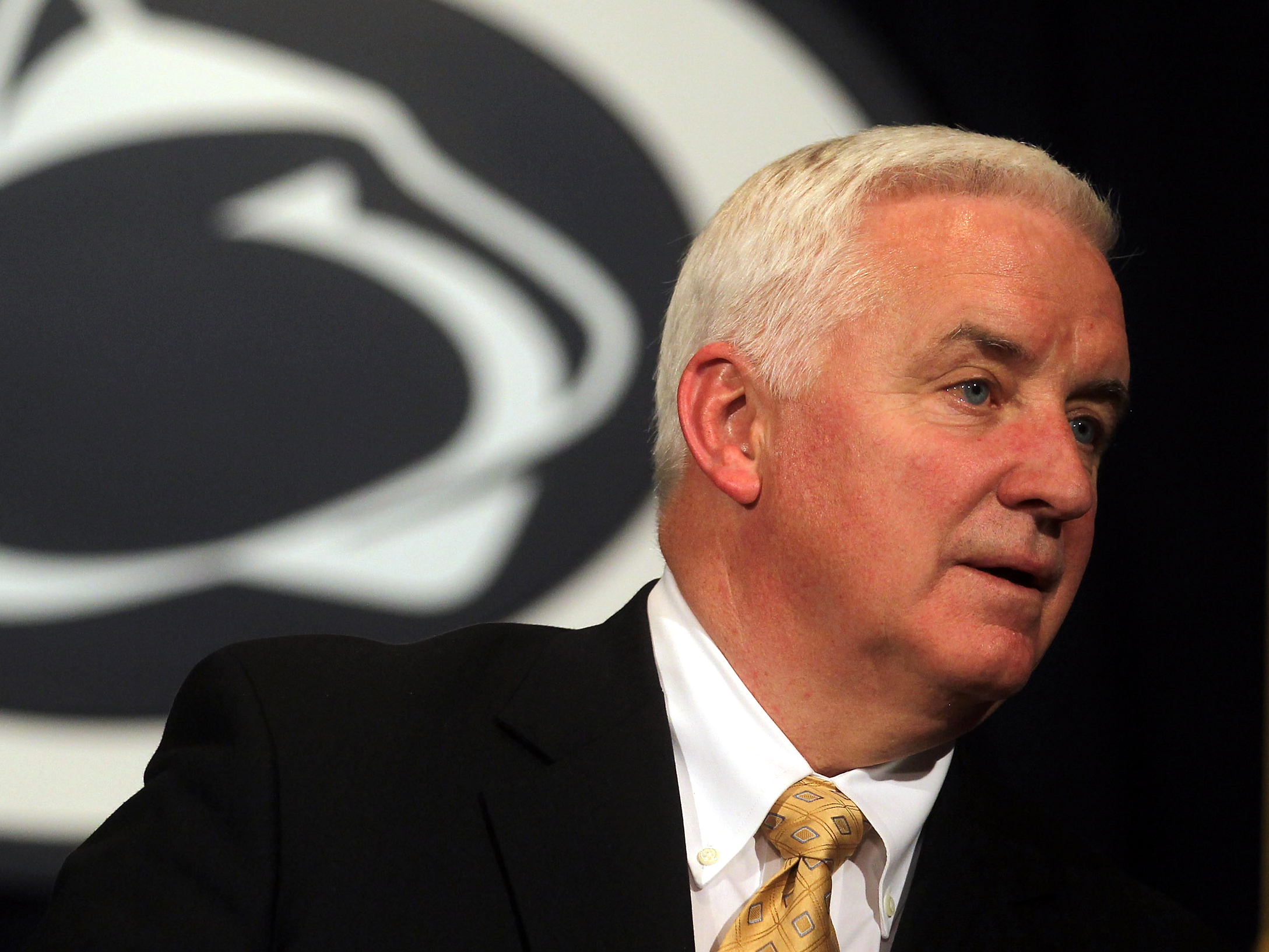 Corbett said the university and the state have been harmed by what he called "harsh penalties" over the abuse committed by Sandusky, a former assistant football coach. The NCAA "piled on" and acted unlawfully because it stands to benefit from the sanctions, he said.

The 43-page complaint accuses the NCAA of exploiting the Sandusky case, saying its real motives are to "gain leverage in the court of public opinion, boost the reputation and power of the NCAA's president, enhance the competitive position of certain NCAA members, and weaken a fellow competitor."

The NCAA released a statement expressing disappointment with Corbett's action, calling the lawsuit meritless and an "affront" to Sandusky's victims.

At a news conference in a State College hotel, Corbett accused NCAA officials of inserting themselves into an issue over which they had no authority under their bylaws "and one that was clearly being handled by the justice system."

Corbett is asking for a permanent injunction to prevent the NCAA from imposing the sanctions, to which the university agreed in July, as well as costs and legal fees.

The Penn State Board of Trustees issued a statement noting the school was not a party to the lawsuit and played no role in preparing it.

Corbett said he waited until now to file the lawsuit because he wanted to thoroughly research the legal issues and did not want it to interfere with football season.

The university has agreed to pay a $60 million fine for child abuse prevention grants and to endure a four-year bowl game ban for the university's football program, a loss of football scholarships and other penalties.

Asked on "CBS This Morning" in July about criticism that he overstepped his authority with the sanctions, NCAA President Mark Emmert defended the punishment.

"This is a case, it's not about any one bylaw, not about any one rule," said Emmert. "It's about an institution that had a severe, systemic loss of integrity. It failed to maintain control over its athletic programs. There were multiple violations of any sense of ethical conduct.

"Those are the things that surround and build up the culture inside an athletic department, and we simply can't abide that, so rather than saying there's any one little, specific rule that's been breached here, this is a systemic failure."

When the deal was announced, Corbett — who is a member of the university's board of trustees — said he wanted assurance tax money would not go toward the fine, and added that part of the "corrective process is to accept the serious penalties."

When the sanctions were announced, Corbett expressed relief that Penn State had escaped the "death penalty" that would have dismantled the football program for a season or more.

The NCAA agreement has been unpopular with a significant portion of the university community, but Corbett, who is up for re-election next year, deflected a question about whether his response has helped or hurt him politically.

"We're not going to get into the politics of this," he said. An outside law firm was being retained to handle the matter, but Corbett's general counsel did not provide an estimate of cost.

"Any of the costs associated with this ... pale in comparison" with the losses people have already suffered, said Corbett's top legal adviser, James Schultz.

Corbett, a Republican, said his office did not coordinate its legal strategy with state Attorney General-elect Kathleen Kane, who is scheduled to be sworn in Jan. 15. Instead, the current attorney general, Linda Kelly, agreed to grant the governor authority to pursue the matter.

Kane, a Democrat, ran on a vow to investigate why it took state prosecutors nearly three years to charge Sandusky, an assistant under longtime football coach Joe Paterno. Corbett was the attorney general when that office took over the case in early 2009 and until he became governor in January 2011. Schultz said he would talk with Kane about the lawsuit later Wednesday.

The late football coach's family released a statement Wednesday saying they were encouraged by the lawsuit. Corbett "now realizes, as do many others, that there was an inexcusable rush to judgment" in the aftermath of the Sandusky scandal, the statement said.

State and congressional lawmakers from Pennsylvania have objected to using the NCAA's fine to finance activities in other states. Penn State has already made the first $12 million payment, and an NCAA task force is deciding how it should be spent.

Last week, state Sen. Jake Corman, a Republican whose district includes Penn State's main campus, said he plans to seek court action barring any of the first $12 million from being released to groups outside the state.

Sandusky, 68, was convicted in June on charges he sexually abused 10 boys, some on Penn State's campus. He's serving a 30- to 60-year state prison term.

Sandusky has maintained his innocence, acknowledging he showered with boys but insisting he never molested them.