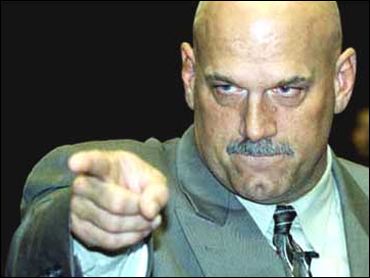 Jesse Ventura is bowing out after four years as governor of Minnesota.

He held a final news conference Friday to announce some judicial appointments -- and take a parting shot at the media.

Ventura has frequently sparred with reporters during his tenure. He says no one critiques the news media, and he'd like to "shine the mirror back on you guys."

The former pro wrestler hasn't said what he'll do after he leaves office. He reportedly is negotiating for a talk show on MSNBC.

Ventura plans to gather his staff today to say goodbye. A more festive, invitation-only send-off is scheduled tomorrow night at a Minneapolis hotel. The invitation warns: "no cameras - no autographs - no media jackals!"

Ventura ended his news conference today by saying: "Thank you, Minnesota. It's been a blast."

Republican Tim Pawlenty will be sworn in on Monday.