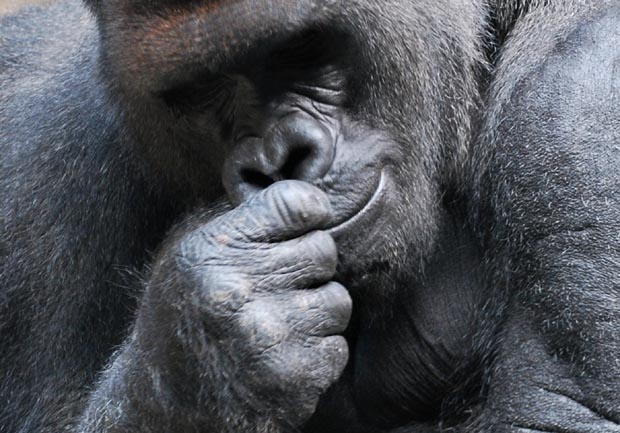 (CBS News) BUFFALO, N.Y. - A gorilla was tranquilized after biting a zoo worker and briefly escaping from its cage at the Buffalo Zoo Monday.

A female worker suffered superficial wounds on the arm and leg when a 24-year-old silverback named Koga attacked her. The zoo worker locked herself in a cage with a female gorilla and her baby for protection, leaving the silverback loose. Zoo officials said in a press release that the gorilla never left the "secure non-public area behind" the exhibit.

Visitors were evacuated into secure areas while authorities, including the SWAT team, responded.

Zoo officials later tranquilized the gorilla and placed him back in his cage. The zoo was reopened to the public at 1:00 p.m., around two hours after the escape.

The injured worker was treated at the scene and was taken to the hospital for further evaluation.

The Buffalo Zoo has six western lowland gorillas in its main animal building: Koga, four females and a baby female. It's investigating how Koga escaped. Koga, who was born at the Bronx Zoo, was transferred from the Memphis Zoo to the Buffalo Zoo in 2007 - the first silverback there since 2005. The move was designed to "help a species maintain a stable, healthy and genetically diverse population in zoos," the statement read. Koga and mother Sidney gave birth to baby Amari on October 8, 2010, according to the zoo.
View CBS News In
CBS News App Open
Chrome Safari Continue
Be the first to know
Get browser notifications for breaking news, live events, and exclusive reporting.