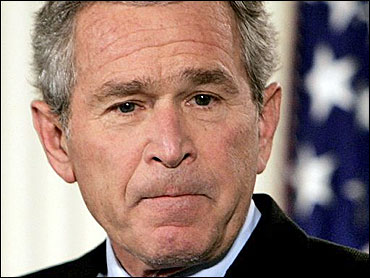 Historically speaking, candidates for president can expect a bounce coming out of their party's conventions in the form of a booster shot in the polls.

Though recent polls indicate the lead held by George W. Bush over Al Gore has narrowed, the presumptive GOP nominee could emerge from the Republican National Convention with a double-digit lead over Gore, ground the vice president can and must make up at the Democrats' convention two weeks later.

As one political observer put it, the conventions are the "beginning of the serious season." The question is, what will the vice president and the Democrats do to capitalize on their high-stakes moment in the sun?

The Democratic National Convention Committee has announced nightly themes for the convention, which takes place in Los Angeles Aug. 14-17. On the opening night, President Clinton will pick up the "prosperity and progress" theme that Gore injected into his campaign speeches this summer, and highlight the ways the vice president will build on the foundation built over the past eight years. Several women senators and candidates will also speak, including Hillary Clinton, who is seeking a New York senate seat.

On Tuesday, former Gore rival Bill Bradley, Rev. Jesse Jackson and Sen. Ted Kennedy will speak, as will Caroline Kennedy. They will address the "new heights America can reach" under the proper leadership. Caroline Kennedy's rare political appearance will also draw attention to the 1960 convention in Los Angeles, where her father received the party's nomination.

Gore advisers said President Clinton would make a joint appearance with Gore the following day, in a "passing-of-the torch" event that aides say will take place outside of California.

The timing of President Clinton's speech is considered crucial to the success of the convention. Some political observers agreed with the strategy that would have him depart the scene early, as Ronald Reagan did in 1988.

"At some point, Al Gore has to stand on his own two feet," said Bruce Cain, the Director of the Institute of Governmental Studies at UC Berkeley. Cain also warns against confusing Mr. Clinton's high job approval ratings with his much lower personal ratings. "Clinton is unpopular as a human being among a lot of swing voters," said Cain.

Democratic strategist Darry Sragow, who oversaw Gore's California presidential campaign in 1988, also believes the candidate needs the opportunity to showcase himself and be evaluated on his own terms. But that's true of all vice presidents who run for their boss' job, said Sragow, "it's not unique to Al Gore and Bill Clinton."

The Democrats will showcase issues on which Gore and Bush offer very different proposals, particularly the ways in which the two would handle the nation's budget surplus. Expect an emphasis on health care, education and Social Security. (The 65th anniversary of the benefits program coincides with the openig day of the convention.)

The Gore campaign has faced criticism in recent months for its inability to consolidate its voter base, an observation supported in polls that show more Republicans lining up behind Bush than Democrats for Gore. According to a recent CBS News pol, just 35 percent of Gore supporters described themselves as enthusiastic, and 21 percent said they are only supporting him because he is the presumptive Democratic nominee.

"Some of the enthusiasm has worn off. You've got splits, cracks in the coalition that you didn't have four or eight years ago," said Cain, who calls the tensions inevitable after eight years of occupying the White House, but a critical challenge nonetheless.

Cain said Gore must "remind people that the alternative is far worse than making the compromises that coalitions demand."

The convention also gives Gore a chance to enhance his personal image. A poll released in May by the Pew Research Center found that the majority of voters viewed George Bush as more charismatic, funnier and more interesting than Gore.

"The goal is to make sure Al Gore comes out of it with a sense of people really knowing him and what sort of administration he will have," said Bill Daley last month after he became the new chairman of Gores campaign.

After the 1992 and 1996 conventions, critics said Gore came off as stiff or as opportunist for talking so openly about his sister's death from cancer and his son's near-fatal car accident.

"Pejorative words were used against George Bush (the elder) when he was vice president. It seems to go with the job," Daley said. The elder Bush was sometimes called a "wimp."

To counter the stereotype that Gore has led a life of privilege, the Democrats will use the convention to reintroduce voters to the candidate and to portray the vice president as a family man, a Vietnam veteran and as someone who chose a life of public service.

The schedule for Wednesday night of the convention calls for speakers such as daughter Karenna Gore to highlight the candidate's efforts to improve the lives of others. On Thursday, Tipper Gore will introduce her husband, who plans to talk about his vision for the future and his intention to fight for working families.

Robert Dallek, presidential historian and author of Hail to the Chief: The Making and Unmaking of American Presidents, said a compelling biographical sketch and acceptance speech would add drama to an event that will be sorely lacking in surprises.

He pointed to Gore's recent speech before the NAACP as an example of how the candidate should try to humaize his public image. "I was struck by the energy, the emotion, the passion a dimension that's been lacking in Gore's campaign," he said. "(One) can't win an election by being a cool, organized politician."

The Gore campaign will also try to bolster its claim of representing "the future" (in comparison to Bush, who they say would bring back the Reagan-style politics of the 80s) through its use of high-tech innovations to make the convention more interactive. For starters, convention activities will be streamed live over the Internet via cameras that can be manipulated by computer users, and viewers will have the ability to pose questions to speakers and delegates.

To keep the public's attention afloat and sustain momentum after the convention, the Gore campaign plans a boat tour of the Mississippi and the Great Lakes. The trip will take Gore through several Midwest swing states that will prove crucial in the outcome of the election.