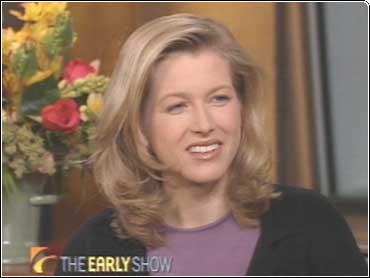 Karenna Gore Schiff is one of Vice President Al Gore's closest advisors. She has campaigned tirelessly for him, and has even edited some of his speeches.

More recently, she strongly advised Gore on two of his best campaign maneuvres yet: the move away from K Street in Washington to Tennessee, and the less formal attire.

Gore has gotten in touch with his inner-candidate and his odds-on bid for presidency, once a shambles, has flourished: On the day of the Iowa caucuses, the man who once was considered to have a lock on the democratic nomination has regained his composure - not to mention a comfortable lead over rival Bill Bradley.

Gore Schiff, 26, told CBS Early Show co-anchor Jane Clayson Monday morning that she has no political aspirations of her own. (She has a new baby and is working on a law degree.)

Nevertheless, she certainly knows how to talk the talk:

"We're a close family, and so I think all of us talk about the issues that we really care about, as well as the personal challenges that we're all facing in our lives," she said.

"We need to get the money out of politics," she said. "And it's important that we elect somebody who is committed to doing that."

On abortion, Gore Schiff sounded ominous in her appeal to voters of her generation, saying "If we wake up to find out that abortion is illegal again, it will be the younger women who pay the price."

She struck a similar chord on the environment, saying that her generation has the most at stake.

"I want other people to get to know him in the way that I do," she said. "I'm not really worried about the other candidates. I think that the American people want to look at all the candidates closely. I think that favors my dad."