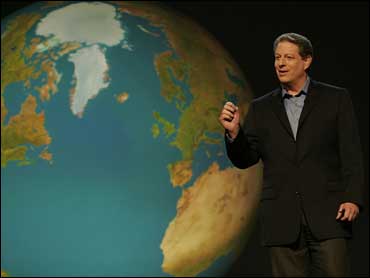 Former Vice President Al Gore was nominated for the 2007 Nobel Peace Prize for his campaign against global warming.

Norwegian lawmaker Boerge Brende, a former minister of environment, told The Associated Press that Gore has put climate change on the agenda and uses his position to get politicians to understand.

Brende along with other lawmakers nominated him before the deadline expired today.

During eight years as Bill Clinton's vice president, Gore pushed for climate measures, including for the Kyoto Treaty.

Since leaving office in 2001 he has campaigned worldwide, including with his Oscar-nominated documentary on climate change called "An Inconvenient Truth."

Norwegian lawmakers are among the thousands of people and groups with rights to nominate Nobel candidates. Others include members of national governments, past laureates, members of the awards committee and its staff, and many university professors.

The winner is traditionally announced in mid-October, with the prize always presented on the December 10th anniversary of the death of its creator, Swedish industrialist Alfred Nobel.