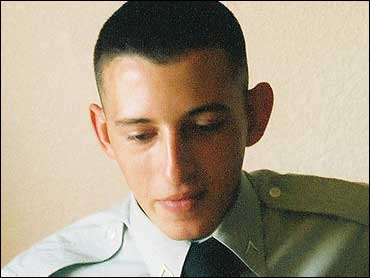 Vice President Al Gore said Tuesday he's narrowed his running-mate search to a short list of possible choices and is determined to keep the final considerations "very private and dignified."

Gore commented as he began a meeting with Secretary of State Warren Christopher, who has been advising him on picking a vice-presidential candidate.

"We still have some work to do," said Gore, as he posed for photographs with Christopher. "Only one person is going to be picked and the others are not going to be. I want the ones who are not picked to feel respected and well treated in the process."

"I'm trying to keep this process very private and dignified."

Gore told reporters he's had face-to-face interviews with potential running mates and plans more such sessions. "I'm not going to get into personalities," he said.

While Gore said he's met often with Christopher, aides were underscoring the latest meeting, alerting reporters and arranging for a photo opportunity of the two, a sharp contrast to the quiet meetings of the past.

Gore tried to contrast his selection process with Bush's.

"I'm handling the process differently than the Bush campaign has handled theirs," he said on Monday. "I'll keep it private and I hope dignified out of respect for the men and women who are under consideration."

He said his own history has shaped his thinking on the subject.

Gore declined to list the number of people on his short list, and repeatedly declined to answer questions about specific candidates who have been mentioned.

Asked directly if it was a short list, he said: "Yeah, well it is." Gore said both men and women remain on his list.

Gore said he would announce his decision "probably several days before the (Democratic) convention" which begins Aug. 14. He said the selection of Cheney would have no influence on his decision.

"I'm going to pick the person who I believe can become president on a moment's notice if necessary, who also has a good working relationship with me, or the prospect of one, and who shares my values," said Gore.

Gore said he hasn't discussed the issue with President Clinton recently, though "I discussed it with him in general terms some months ago."

While Gore declined to comment on Bush's selection process, his aides were derisive and argued the long litany of names being floated brough a circus-like atmosphere to the serious business of picking a potential vice president.

Asked if Christopher would make a recommendation on a running mate, Gore said: "He doesn't really operate that way. He'll answer questions when I ask him."

Gore's meeting with Christopher was certain to overshadow his theme of the day. He was spending much of the day meeting with advocates for the disabled to mark the 10th anniversary of the signing of the Americans with Disabilities Act.

In those meetings, Gore was set to propose a $2.7 billion, 10-year program to bolster aid to the disabled. Major components include a $75 million increase in funding for independent living centers, a $1,000 tax credit for the cost of assist devices that make it easier to hold a job and doubling spending on related technology, raising that number to $70 million.

In addition, Gore's package would spend $50 million over 10 years for tougher enforcement of laws banning discrimination against the disabled. Aides conceded the program was modest, but said it represented new commitments to the disabled.

After that, Gore was flying to Chicago for a meeting of Operation Push to discuss diversity issues with a group headed by Rev. Jesse Jackson.