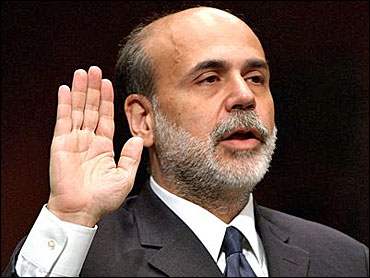 On the strength of his fund-raising prowess during the second half of 1999, Democratic presidential contender Bill Bradley is beginning 2000 with as much money as his opponent, Vice President Al Gore.

Both men began the year with more than $16 million to spend. And their comparable bank accounts mean they may drain their resources trying to get the nomination.

"It's going to be a tough fight," said Herbert Alexander, professor emeritus of political science at the University of Southern California. "By the time it's finally decided, both may be out of money."

The government matches the first $250 of each individual contribution to candidates who agree to limit their spending. The limit this year will be around $40 million.

Four years ago, Republican presidential candidate Bob Dole reached the spending limit months before the party convention, while President Clinton's campaign continued spending millions of dollars on TV commercials. This year, the Democrats could be up against the wall until their August convention while Republican front-runner George W. Bush, who is not taking federal funds, keeps on spending.

"Issues will trump cash," he said. "Whether it's choice, guns, schools, environment, tax cuts, the economy, Al Gore is where the American people are and George Bush is to the extreme right. No matter how much money you have, it will not be able to cover up those deficiencies."

Responded Bush spokesman Scott McClellan: "Should Governor Bush be fortunate enough to be the nominee, there will be plenty of time to discuss his record as a chief executive and his idea for improving schools, cutting taxes and ushering in the responsibility era, and contrast that with the ideas of Democrats who believe solutions come from Washington."

Bradley campaign officials said they were too busy trying to win the nomination to worry about what would happen later if they reached the spending limits.

"We're really concerned with what we can do to go get through Iowa and New Hampshire and be successful through the rest of the process," spokesman Tony Wyche said.

Democratic consultant Glenn Totten said Gore may not have to match Bradley dollar-for-dollar to win the nomination. While Bradley has as big a bank account as Gore, the vice president also has dozens of IOUs he can redeem for support during the primaries, Totten said.

"It is not the money that makes Al Gore formidable, it is the war chest of political favors e has been doing for the last eight years," Totten said. "It is an asset that is intangible. That war chest that is going to help Al Gore through this process."