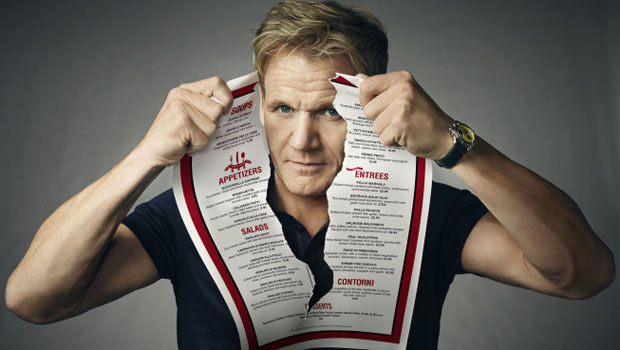 The British chef and reality TV star announced on his website Monday that his hit show will be coming to an end.

"I've had a phenomenal 10 years making 123 episodes, 12 seasons, shot across 2 continents, watched by tens of millions of people and sold to over 150 countries. It's been a blast but it's time to call it a day," he said.

"Kitchen Nightmares" -- which followed Ramsay in his efforts to help struggling restaurants -- first premiered in the U.K. in 2004, and Ramsay brought the show to the U.S. beginning in 2007 on Fox.

"During this time I've visited over 100 restaurants, meeting and trying to help or in some cases failing to help, some of the most weird and wonderful people," he said, adding, "I'm glad I've been able to entertain and hopefully help a few people along the way. It's sad to say goodbye to 'Kitchen Nightmares' but I'll be continuing with my other shows. It's been memorable! Thank you for watching."

In the announcement, he also shared a fun by-the-numbers rundown about "Kitchen Nightmares" -- including that 99 cities were visited within two countries, 10,197 swear words were uttered, 27 meltdowns occurred and 2.3 liters of Pepto Bismol were supposedly consumed over the years.