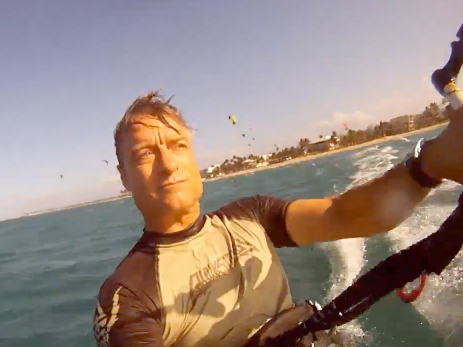 (CBS News) I've personally had that moment where I left a cellphone in a cab and written it off, only to see it surface again from a kind stranger a day later. But to lose your camera at sea and have the same thing happen after more than two months is truly the stuff of legends. Check out the journey the camera took during that time period in the fascinating video above.

The video, actually posted back in 2011, but only recently starting to get attention online, was posted by YouTube user Jens Knof who writes about some of the background:

Lost my friends brand new GoPro Hero cam on February 25th, 2011, while kiteboarding on the reef at Kite Beach in the Dominican Republic. Thinking it would never be seen again,the camera was found by someone spearfishing on May 11th after tumbling and tossing over sharp coral reef for 2.5 months. Luckily I put the word out to many people about [losing] the camera including a post on Facebook which got me the call to check if the camera was mine. This video shows what happened, including actual footage from the lost camera. The short clip of the Camera sinking was added in later to show the moment of descent. Thanks for watching!

I seriously can't believe that the camera and footage managed to maintain after such a long duration of exposure to water and a variety of other elements! (But with almost everything online, this is taken with a grain of salt, of course.) A big triple-rainbow salute of best lost-and-found story I've seen in a long while goes out to Jens Knof from us here at The Feed for this awesome clip! And to check out more work from Jens Knof, be sure to visit his YouTube page by clicking here.