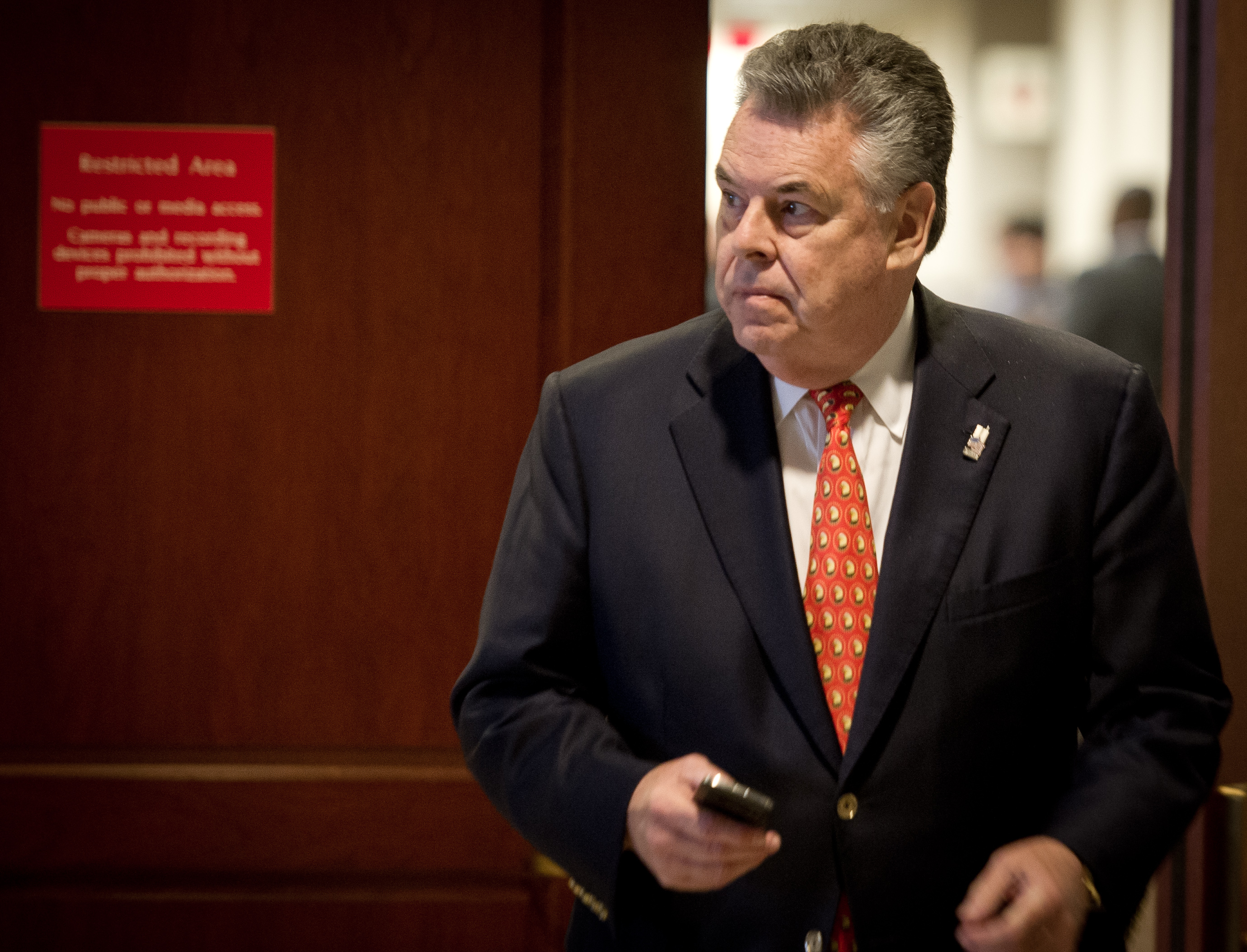 A number of people have asked Rep. Peter King, R-N.Y., to consider a presidential run in 2016, the congressman told CBS News on Thursday.

"I'm looking at it," he said. "I have no committee or anything formed yet."

His willingness to entertain a bid, King said, sprang from a concern about the lack of national Republican figures staking out a strong platform on defense issues. That silence, King said, has ceded the conversation to "isolationists" like Sens. Rand Paul, R-Ky., and Ted Cruz, R-Texas, whose policies would be "very damaging to the Republican Party" and to the country.

"They're the only ones who are talking about foreign policy and they are doing it from a very backward point of view," he said. "Basically they seem more concerned about the CIA killing Americans having a cup of coffee in Starbucks than they are about us being attacked by Islamic terrorists."

"I think the party is being defined too much by what I would call isolationists," he explained. "People who don't realize...that we have a real national defense role in the world, that we have an Islamic terrorist enemy which is out to destroy us."

The hawkish New York congressman, who flirted with a 2012 presidential run two years ago, said he had been approached by former Attorney General Michael Mukasey "and others who believe that I would be a strong voice on national defense, counterterrorism, and also be able to reach into what we used to call the Reagan Democrats."

King pitched that cross-party appeal as another selling point of his potential candidacy, saying some in his party are "too willing to write off" conservative-leaning Democrats.

"For instance, the building trade unions, the police, the firefighters - too often they get written off by these national Republicans," he said. "I believe, as President Reagan did, we should have a strong national defense, and we should be able to reach out to what they call the Reagan Democrats - working class, Democratic voters who are registered Democrats but actually...in many of their positions, they're really Republican."

Asked about other potential candidates like Gov. Chris Christie, R-N.J., and former Gov. Jeb Bush, R-Fla., whose foreign policy views and cross-party appeal are more in sync with his own, King would only say he has "great regard" for both men, but they "have not said they're running."

"I want to see what they're saying on foreign policy," he said.