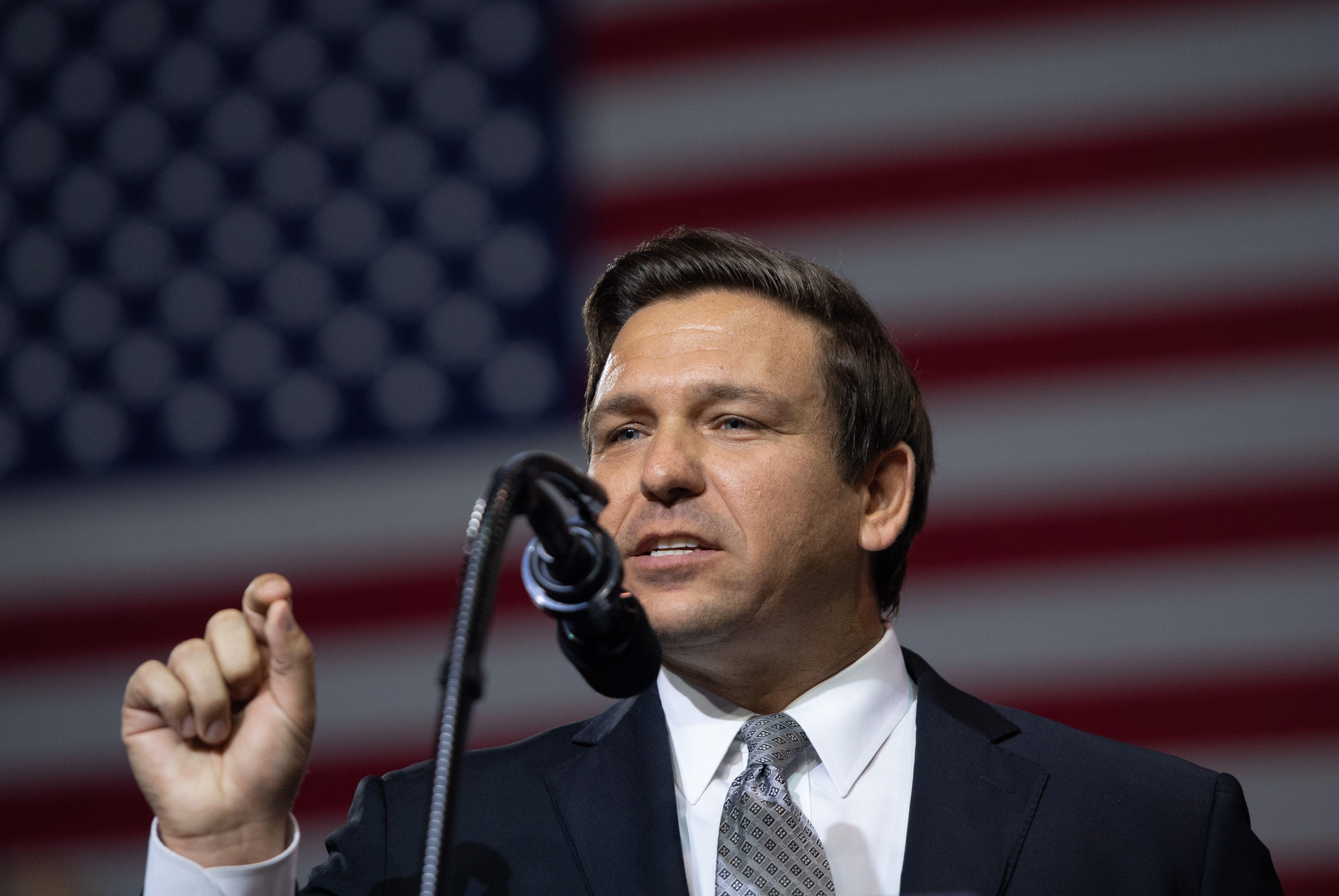 Ron DeSantis, the Republican nominee for governor of Florida, told Fox News on Wednesday that voters should not "monkey this up" by electing Democratic nominee Andrew Gillum, who would be the state's first black governor.

"Let's build off the success we've had on Governor Scott," DeSantis, a Republican congressman, said. "The last thing we need to do is to monkey this up by trying to embrace a socialist agenda with huge tax increases and bankrupting the state."

Democrats quickly criticized DeSantis' comments and accused him of racism. "It's disgusting that Ron DeSantis is launching his general election campaign with racist dog whistles," said Florida Democratic Party Chairwoman Terrie Rizzo, according to the Tallahassee Democrat. In an interview with Fox News on Wednesday afternoon, Gillum also responded, saying "in the handbook of Donald Trump, they no longer do whistle-calls, they're now using full bullhorns."

DeSantis' campaign, however, says that the comment had no racial undertones.

"Ron DeSantis was obviously talking about Florida not making the wrong decision to embrace the socialist policies that Andrew Gillum espouses," Stephen Lawson, DeSantis' communications director, told CBS News. "To characterize it as anything else is absurd."

The Fox News anchor who interviewed DeSantis later weighed in on the matter, saying "we do not condone this language" while also alerting viewers to DeSantis' response.

DeSantis, who has received the enthusiastic support of President Trump, and Gillum, the mayor of Tallahassee, both won their respective parties' nominations on Tuesday. Gillum, who had trailed the rest of the Democratic field for essentially the entire race, narrowly pulled off the victory as he ran to the left of his opponents.

The race between Gillum and DeSantis is widely seen as a toss-up.